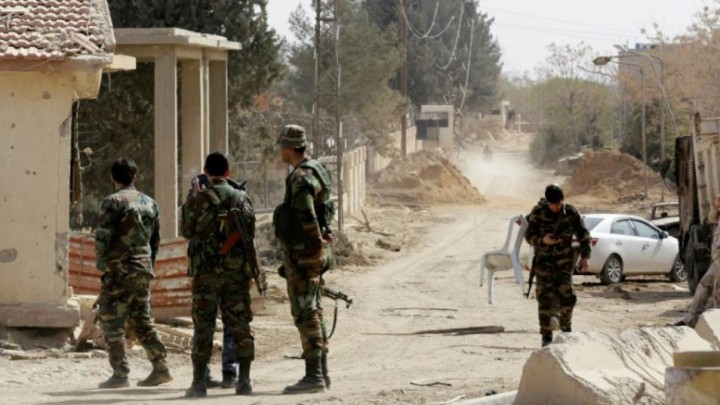 Members of the regime forces were killed, and others were wounded, today, Wednesday, when unknown persons targeted a military vehicle in the center of Daraa governorate with automatic weapons.

The source confirmed that the attack resulted in killing two members of the regime forces and wounding three others, some of them seriously.

The regime forces had escalated the pace of their demands to thwart the agreement in Daraa, and this morning, they bombed with heavy artillery the neighborhoods of "Daraa al-Balad" area without causing any casualties.

It is noteworthy that clashes erupted between the residents of Daraa camp on one hand, and the regime forces and Iranian militias on the other.