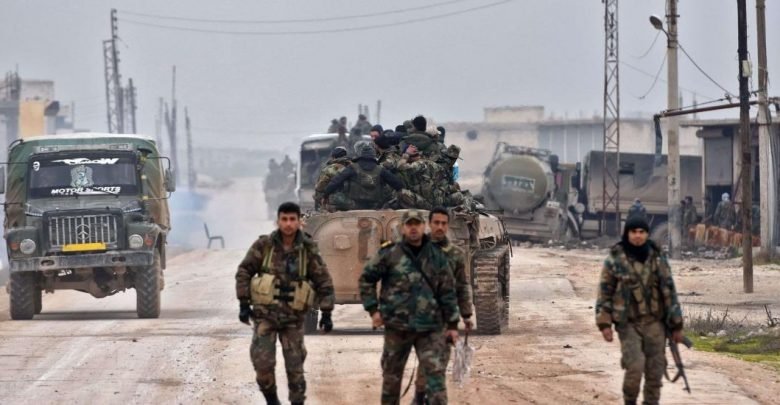 In a report, the intelligence website Stratfor expected military confrontations between Russia and Turkey in Idlib, likely that Moscow would increase the pace of its military actions in northern Syria, which would call for a decisive response from Ankara, according to the report.

The website also suggested that the upcoming developments in northern Syria would lead to the possibility of a direct confrontation between the Russian and Turkish forces in the region, which would lead to a new wave of refugees.

In a related context, military sources affiliated with the Syrian opposition indicated that the revolutionary factions are making preparations in Idlib Governorate, northwest Syria.

The sources noted that these preparations are being made in coordination with Turkey for possible confrontations with the Syrian regime forces in the coming period.

For his part, the defected Syrian Brigadier General, "Ahmed Rahal", posted a tweet on his official page on the social networking site "Twitter", during which he talked about news about Turkish orders given to the Syrian opposition factions in Idlib Governorate to raise their readiness in anticipation of any emergency.

In his tweet, Rahal said, according to what was monitored by Taif Post website: "Some have told us that the factions in Idlib have been asked to raise the state of combat readiness."

The dissident brigadier general added: "What we hope is that the news is true and that the destination is to strike and deter Assad's gangs and their supporters."