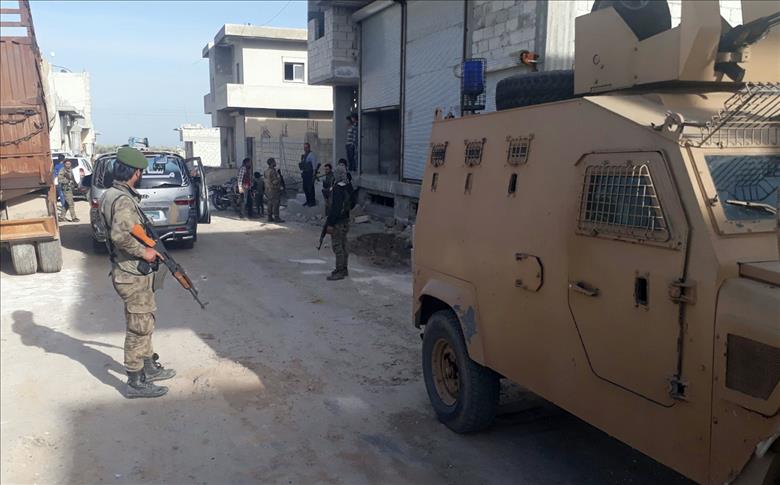 The police and public security forces in the city of Afrin, north of Aleppo, confirmed today, Sunday, that they detonated an explosive device, and suspected another in the city.

Qasioun TV reporter in Aleppo countryside reported that the engineering teams of the Public Security in the city of Afrin detonated, on Sunday, an explosive device that was placed in the scrap market in the middle of Teranda neighborhood in the city, without causing any damage.

The reporter indicated that another bomb was suspected and placed in Al-Ashrafieh neighborhood, and the necessary measures were taken.

It is noteworthy that an explosive device placed under the car of Al-Jazeera Mubasher correspondent, "Qusay Al-Ahmad", exploded this morning, in Al-Filat Street in the center of Afrin, north of Aleppo, as a result of an explosion, slightly wounding an elderly man, this morning