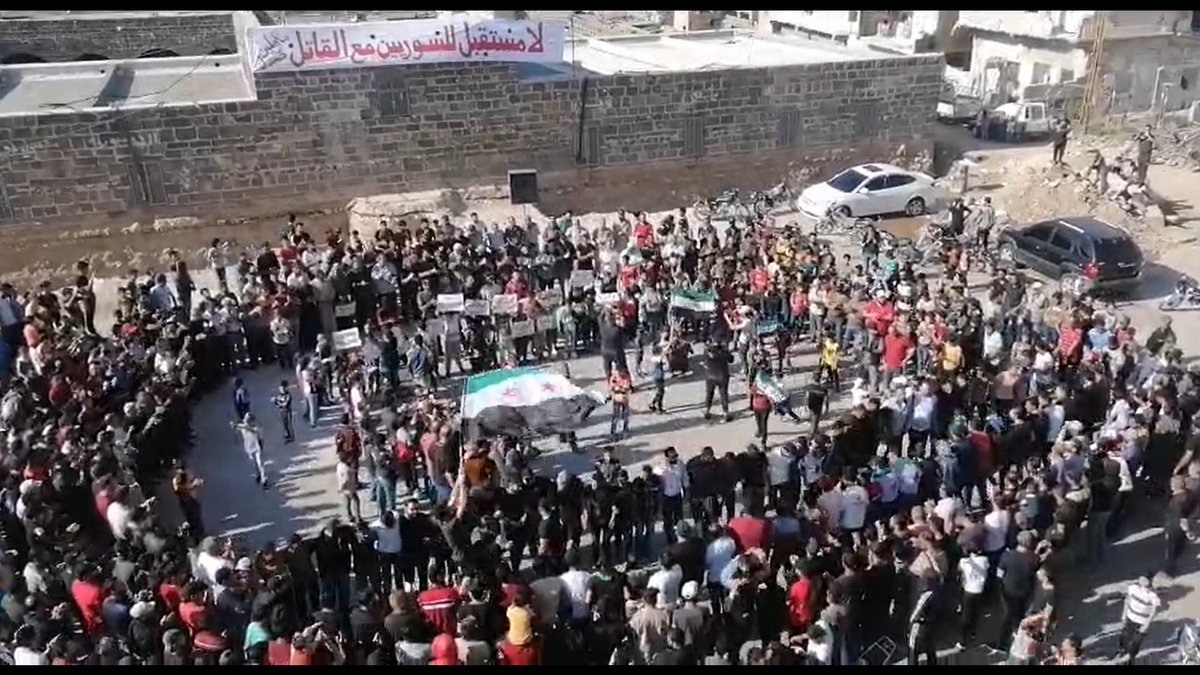 The Central Committee and representatives of the Daraa al-Balad clans confirmed their rejection of the recent demands sent by Brigadier General "Loay al-Ali", head of the "Military Security" in Daraa Governorate.

According to "Ahrar Houran Gathering", the Central Committee rejected the demands of "Al-Ali" to hand over wanted persons in Daraa to the regime forces, or to displace them to northern Syria, in addition to establishing 4 permanent military points.

It added that the head of the "Military Security" demanded, during a meeting with the Central Committee, the establishment of a military point in the post office in Daraa al-Balad, and another near the old Daraa customs, in addition to a military point on the road leading to the "Shiah" area, and the last on the road between Al-Sad Road neighborhood And "Gharz" area, and he threatened to tighten the siege on the neighborhoods of Daraa al-Balad by closing the "Sajna" road, despite the presence of 3 military points on it, which is the last crossing linking Daraa al-Balad with the city of Daraa.

It pointed out that the meeting from Daraa clans and the Central Committee rejected these demands, and the decision came unanimously that "the stones of the Omari Mosque, which the "Ali" threatened to destroy, are of greater importance than the regime and all its militias.

It is noteworthy that the head of the "Military Security" branch threatened to destroy Al-Omari mosque, which bears great symbolism for the people of the province, and to tighten the siege if they did not respond to the demands.