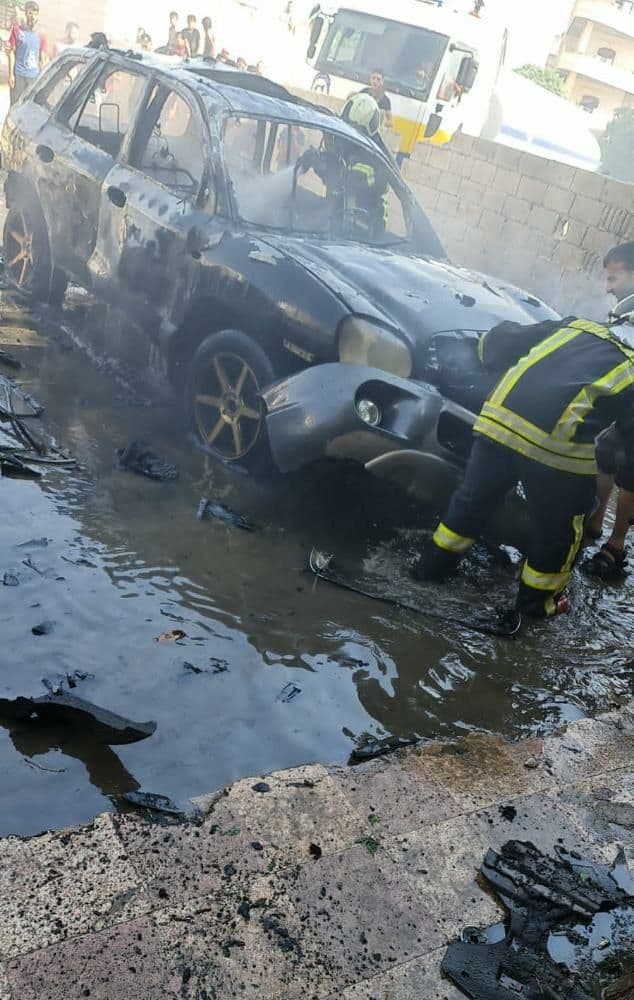 An explosive device planted under a car exploded this morning, Sunday, in the city of Afrin in the northern countryside of Aleppo, injuring a civilian.

Qasioun TV reporter in Aleppo countryside said that an explosive device exploded in a "taxi" car owned by Al-Jazeera Mubasher reporter "Qusay Al-Ahmad", which resulted injury of a civilian.

Our reporter added that the civil defense teams rushed to the scene and worked to transfer the injured to the city hospital to receive first aid.

It is noteworthy that on July 15, two people, including a child, were killed and 12 others were wounded, some of them in critical condition, as a result of missile shelling by the Syrian Democratic Forces (SDF) on residential neighborhoods in the city of Afrin.