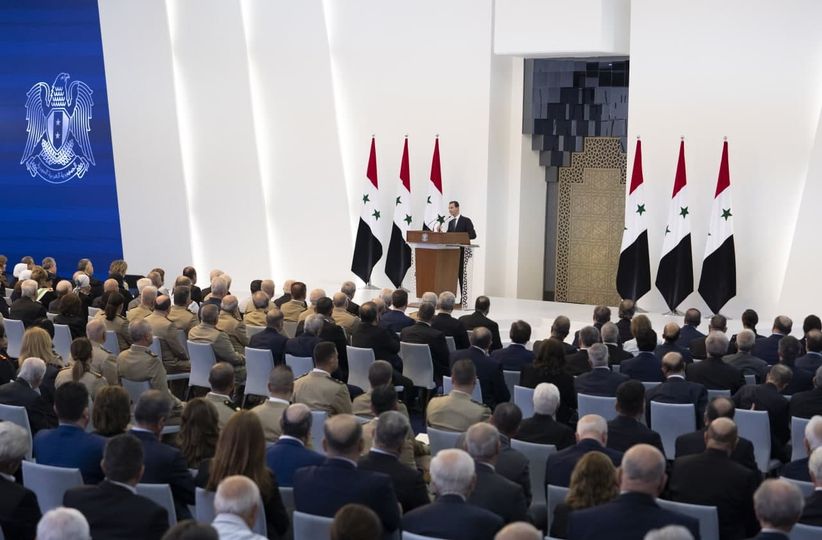 The President of the Syrian regime, Bashar al-Assad, was sworn for a fourth consecutive presidential term of seven years at the People's Palace in Damascus, violating Article 90 of the 2012 Syrian Constitution, which stipulates that the oath is in the People's Assembly.

The Syrian human rights defender, Ghazwan Kronfol, said in a post on his Facebook page that Al-Assad had exceeded the constitution and the "People's Assembly" and summoned "a number of artists, businessmen and officers to his presidential headquarters to swear an oath before them!"

According to what was reported by Al-Sharq Syria website, “Article 90” of the 2012 Syrian Constitution states that “the President of the Republic shall take the constitutional oath in front of the People’s Assembly before assuming his duties as stipulated in Article Seven of the Constitution.”

According to Article 7, the constitutional oath is as follows: “I swear by Almighty God to respect the country’s constitution, laws and republican system, to look after the people’s interests and freedoms, to preserve the nation’s sovereignty, independence and freedom, to defend the integrity of its land, and to work to achieve social justice and the unity of the Arab nation.