The regime and Russia commit another massacre in Ihsim, Jabal Al-Zawiya 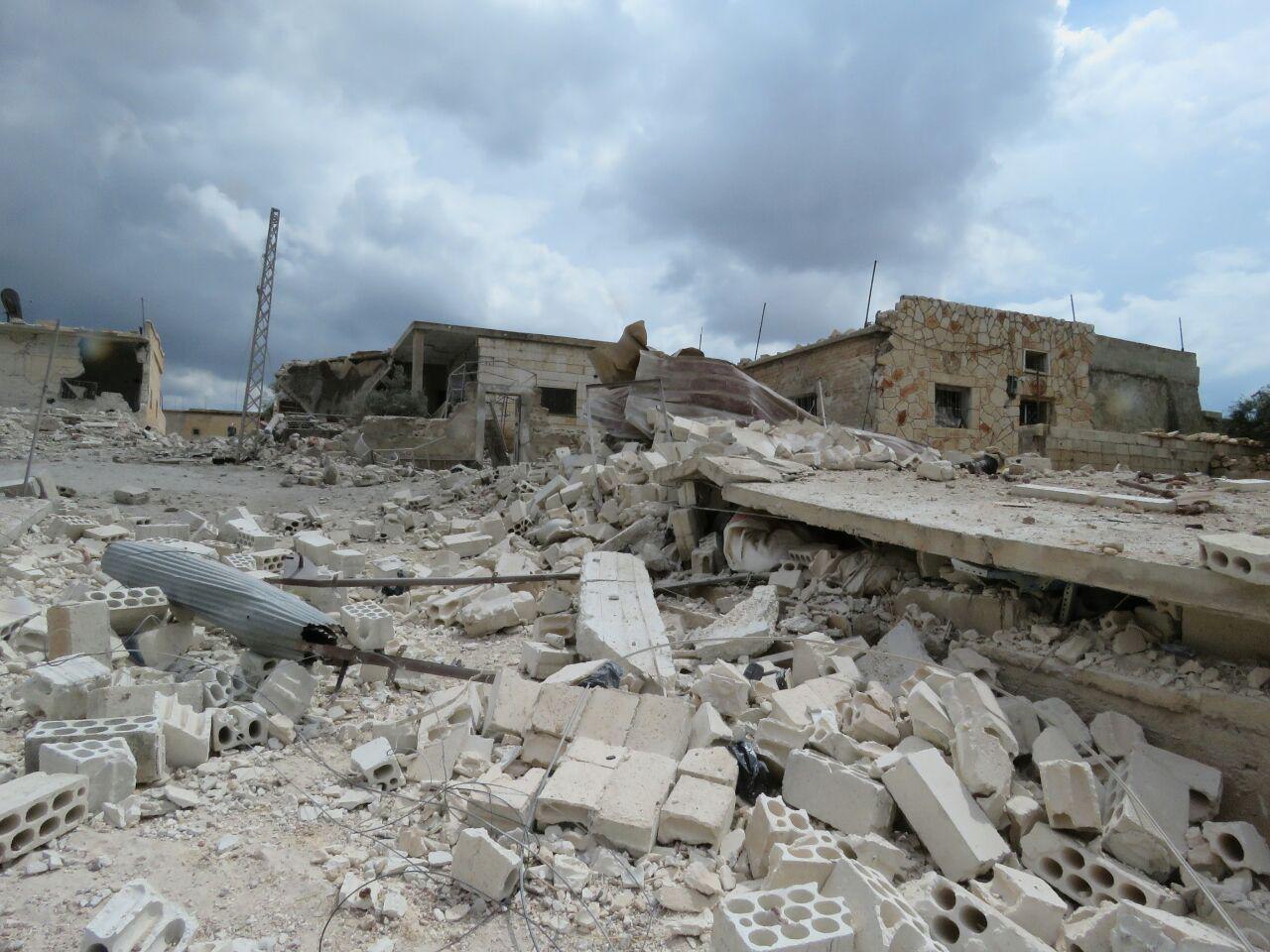 At least six civilians, most of them women and children, died, and a number of others were injured, late on Saturday, with artillery shelling originating from the Russian forces, which targeted a residential house in the town of Ihsem in Jabal Al-Zawiya, to mark the second massacre after Sarja massacre in the morning.

Sham News Network quoted activists as saying: “The artillery shelling, originating from the Russian forces, with advanced Krassenpol missiles, targeted the town of Ihsem in Jabal al-Zawiya, coinciding with the flight of Russian reconnaissance planes that did not leave the airspace, causing a massacre that killed more than 15 civilians between martyrs and wounded.

According to the information received, the civil defense teams pulled out six martyrs, most of them children and women, from under the rubble of a multi-storey house, which was directly targeted by Russian artillery, at a time when the defense teams had great difficulty working, as reconnaissance aircraft monitored the area at night.

On Saturday morning, advanced Russian artillery, "Krasnpol", in conjunction with the flight of a reconnaissance plane in the air, targeted a civilian house in the village of Sarja in Jabal al-Zawiya in the southern countryside of Idlib, causing the massacre of children and women victims.