Because she insulted Bashar al-Assad, arresting of a woman in front of a bakery in Aleppo 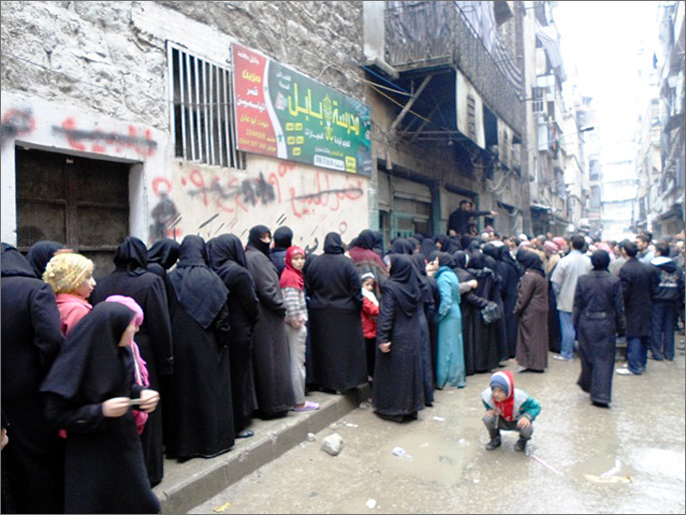 Local sources confirmed that the regime forces arrested, on Thursday, a woman in front of a bakery in the city of Aleppo, after they insulted the head of the regime, "Bashar al-Assad".

"Syria 1" website said that the woman cursed "Bashar al-Assad" out loud, after the bread in the oven ran out after standing for more than 5 hours in a long queue waiting for bread.

The source added that the regime forces arrested the woman and took her to an unknown location without revealing her fate until now, noting that the incident took place in Jabal Badro neighborhood in Aleppo city at Sheikh Najjar bakery near the school street in the neighborhood, where there is a regime security detachment in the place where the women had been arrested.

It is noteworthy that the city of Aleppo is witnessing random arrests, especially young men, under the pretext of compulsory and reserve military service, with a suffocating crisis in the city’s bakeries and the people not getting their dues of bread, after waiting for long hours, according to our reporter.