In less than a month, SDF committed a second massacre in Afrin 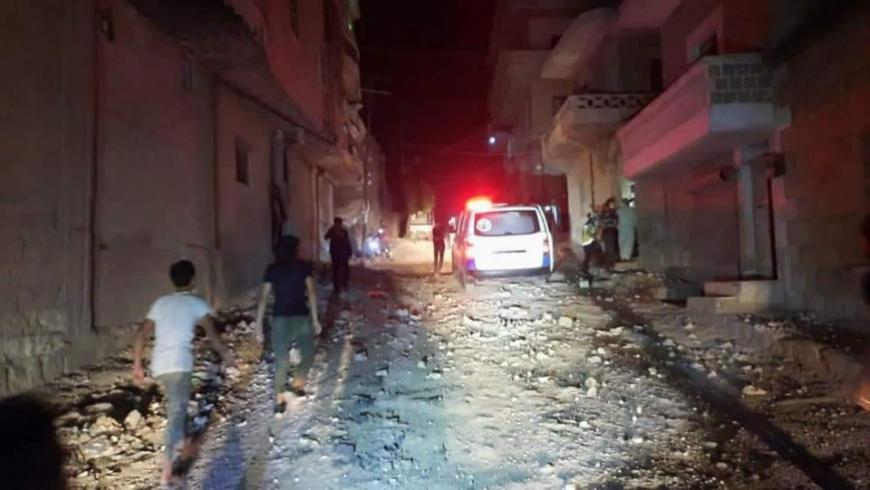 Qasioun TV reporter in Aleppo countryside said that two people were killed, including a child, and 12 others were wounded, some of them in critical condition, as a result of the missile shelling by Syrian Democratic Forces (SDF) on residential neighborhoods in the city of Afrin.

Our reporter added that the bombing that targeted the city center caused a power outage in most of the neighborhoods.

For its part, the civil defense teams went to the targeted places and worked to transfer the wounded to hospitals for treatment.

This bombing coincides with the discovery of a mass grave near Al-Malayah Street and Al-Mazout Street in the city center, containing dozens of bodies, most of which were field-executed.