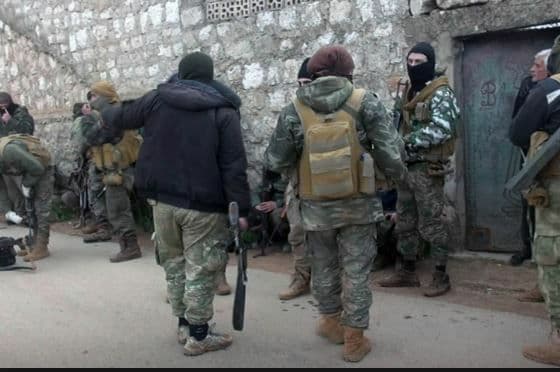 Local sources confirmed that members of "Hay'at Tahrir al-Sham" surrounded the clinic of Dr. "Latouf al-Ahmad", and arbitrarily arrested him in the city of Al-Dana in Idlib countryside, northern Syria.

And according to what "Al-Sham" news network reported, three cars, heavily armed and armed, surrounded the doctor's clinic in Al-Dana, near the radiology center, on Thursday, and stormed the clinic, intimidating patients, and taking him in a way that civilians described as "shabiha."

The network indicated that the arrest was carried out in an arbitrary manner and without any case being brought to review them, on the pretext that there was a lawsuit against him by imam of a mosque loyal to the "Salvation Government", in which he accused him of preventing him from attending the Friday sermon in the mosque in the town of Al-Sahara.

It added that Dr. Latouf Al-Ahmad is from the town of Al-Sahara in the western countryside of Aleppo, and he is an bony surgeon.

It is reported that the doctor is known for his good reputation and love for doing good, treating many war injuries for free, one of his sons lost a martyr in the battles in the countryside of Aleppo, and a number of his family members were martyred in the air strikes of the regime and Russia.