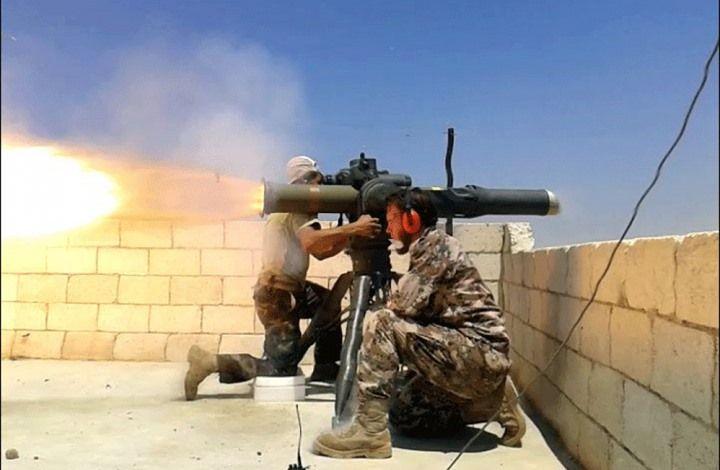 Military sources reported killing a group of regime forces, and the destruction of a tank on one of the axes of Idlib countryside, northern Syria.

Qasioun reporter in Idlib countryside, quoting an informed source, said that the military factions were able to destroy a tank of the regime forces, a "T72" type, on Kawkaba axis in the southern countryside of Idlib, and all its crew members were killed after targeting it with a guided missile.

Our reporter added that the regime forces bombed with heavy artillery and rocket launchers the village of Hmeimat and its surroundings, and Khirbet al-Naqous in the western Hama countryside, in conjunction with intense flight of reconnaissance aircraft.

It is noteworthy that the Syrian Civil Defense confirmed that the military escalation of the regime and Russia in the area, caused dozens of deaths and injuries, including women and children, in addition to a large displacement movement among the population towards the northern countryside of Idlib, close to the Turkish border.