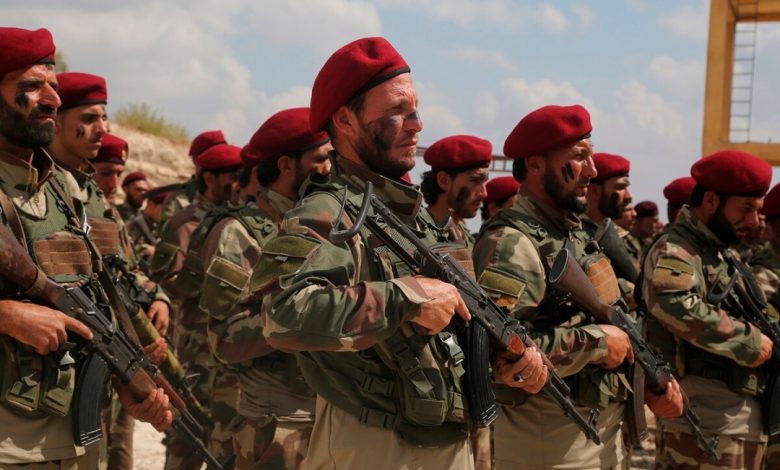 Local sources said that the National Army and the Military Police, on Tuesday, raised their readiness by deploying checkpoints and elements in the city of Azaz, north of Aleppo, with the aim of protecting civilians and maintaining public security, before Eid al-Adha.

The sources in the countryside of Aleppo said that there is a large deployment of joint patrols of the military police and the National Army at the entrances and exits of the “Euphrates Shield” and “Olive Branch” areas in Aleppo countryside.

The sources added, according to Radio Al-Kul, that the patrols carry out thorough and organized inspections of all cars, in addition to conducting patrols in public markets in cities with the aim of preventing any explosions.

It added that this deployment and security scrutiny coincide with the advent of Eid al-Adha and the great crowding in the markets and streets, especially after the opening of the crossings with Turkey and the entry of Syrians into their areas to spend al-Eid holiday.