Including a leader...the regime forces and loyal militias incur more losses in the Syrian desert 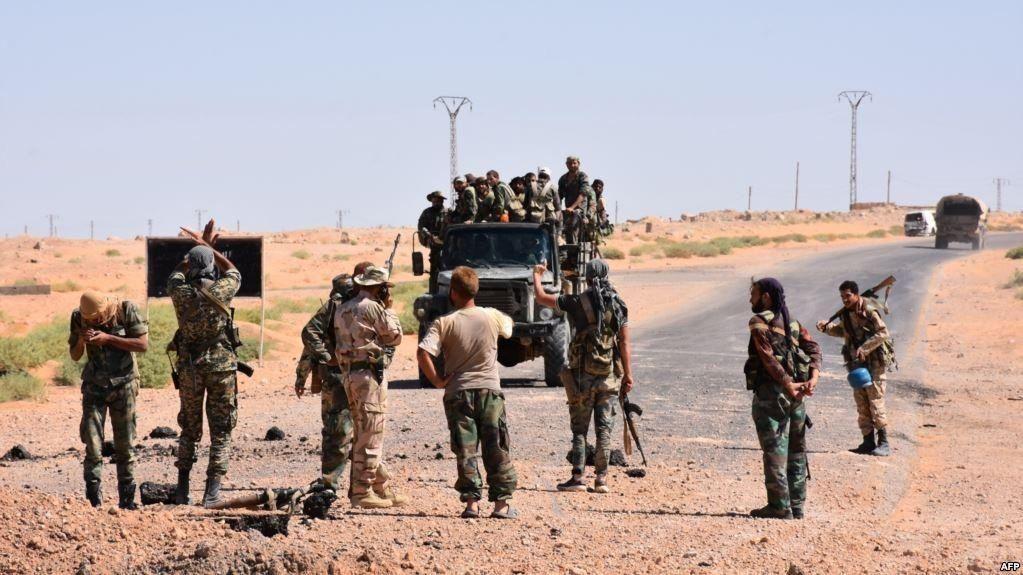 The regime forces and the Iranian militias lost a new batch of their members during the last hours in separate operations in the Syrian desert.

And loyal pages, including the "National Defense", stated that three members of the regime forces were killed and five others were injured as a result of clashes with ISIS in al-Rusafa area in the countryside of Al-Raqqa, and among the dead were Ali Muhammad al-Wasouf and Bashar Nur al-Din Salman,

The networks also indicated that three members of the "National Defense" militia were killed as a result of the explosion of an explosive device in their car in Al-Sukhna area, east of Homs, including the leader Khalaf Abbas Al-Assaf, who was described by loyal accounts on "Facebook", which was documented by the networks with a video recording showing the explosion that affected the car.

Local networks also reported, according to the opposition Orient Net website, that ISIS targeted the militias of Al-Assad and Iran with several operations yesterday between the countryside of Homs and Al-Raqqa, most prominent the bombing of a house booby-trapped on a patrol of the militias after they tried to take cover in the eastern countryside of Homs, which led to death and injury a number of them.