Dead and wounded in regime artillery shelling on Jabal Al-Zawiya 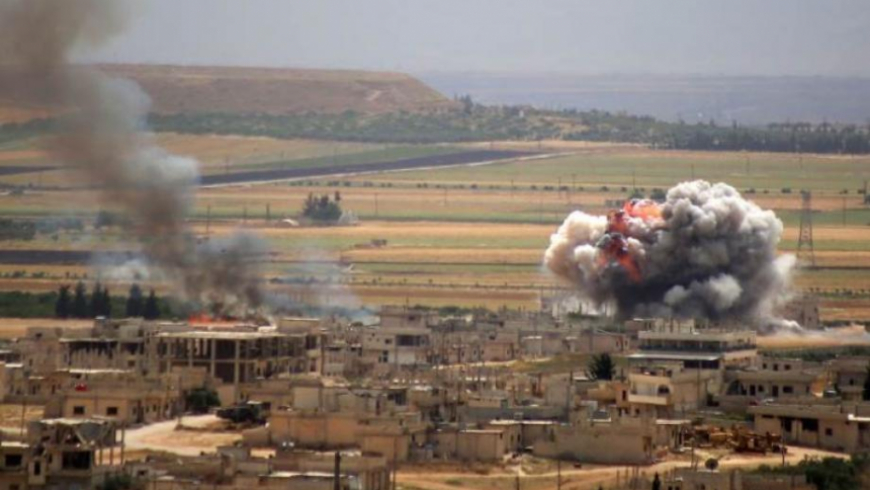 Two civilians were killed and three others were wounded today, Thursday, by artillery shelling by the regime forces targeting civilian homes in Jabal Al-Zawiya area in the southern countryside of Idlib.

Qasioun Agency reporter in Idlib countryside said that the regime forces and the militia supporting them bombed "Abdita" village in Jabal Al-Zawiya in Idlib countryside, with artillery shells, which caused killing two civilians and injury three others, in addition to destruction caused by the bombing.

Our reporter added that the regime forces also bombed the towns of "Al-Bara, Abileen, Mashoun, Arnaba, Ehsem, and Joseph" in Jabal Al-Zawiya area, as the escalation continues in this area daily.

For its part, the Civil Defense Organization said that the regime forces targeted a civilian car with a guided missile on "Zayzoon - Al-Mashik" road in Al-Ghab Plain area, causing two young men to be slightly injured.

It is noteworthy that the escalation by the regime forces backed by Russian aircraft continues for the second week in the southern countryside of Idlib and Al-Ghab Plain, while the Civil Defense confirmed that the outcome of the continuous bombing reached 23 people, including two children, a fetus, and two women, and 41 wounded, including children and women.