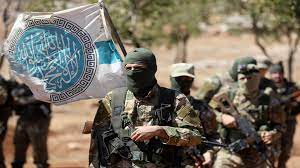 Local sources said that the General Security Service of Hayat Tahrir al-Sham, which controls Idlib and the rest of its countryside, arrested a number of people accused of working with the regime's security services yesterday.

And according to what Al-Maarid Bridge website quoted the sources, the Public Security Service arrested these people against the background of forming a security cell affiliated with the regime’s intelligence in the village of Mantef, affiliated to the city of Ariha in the southern countryside of Idlib.

And that the recent targeting by the regime forces of the village of Mantef and its killing of several people affiliated with Hay’at Tahrir al-Sham led to information that helped discover this cell, according to the source.