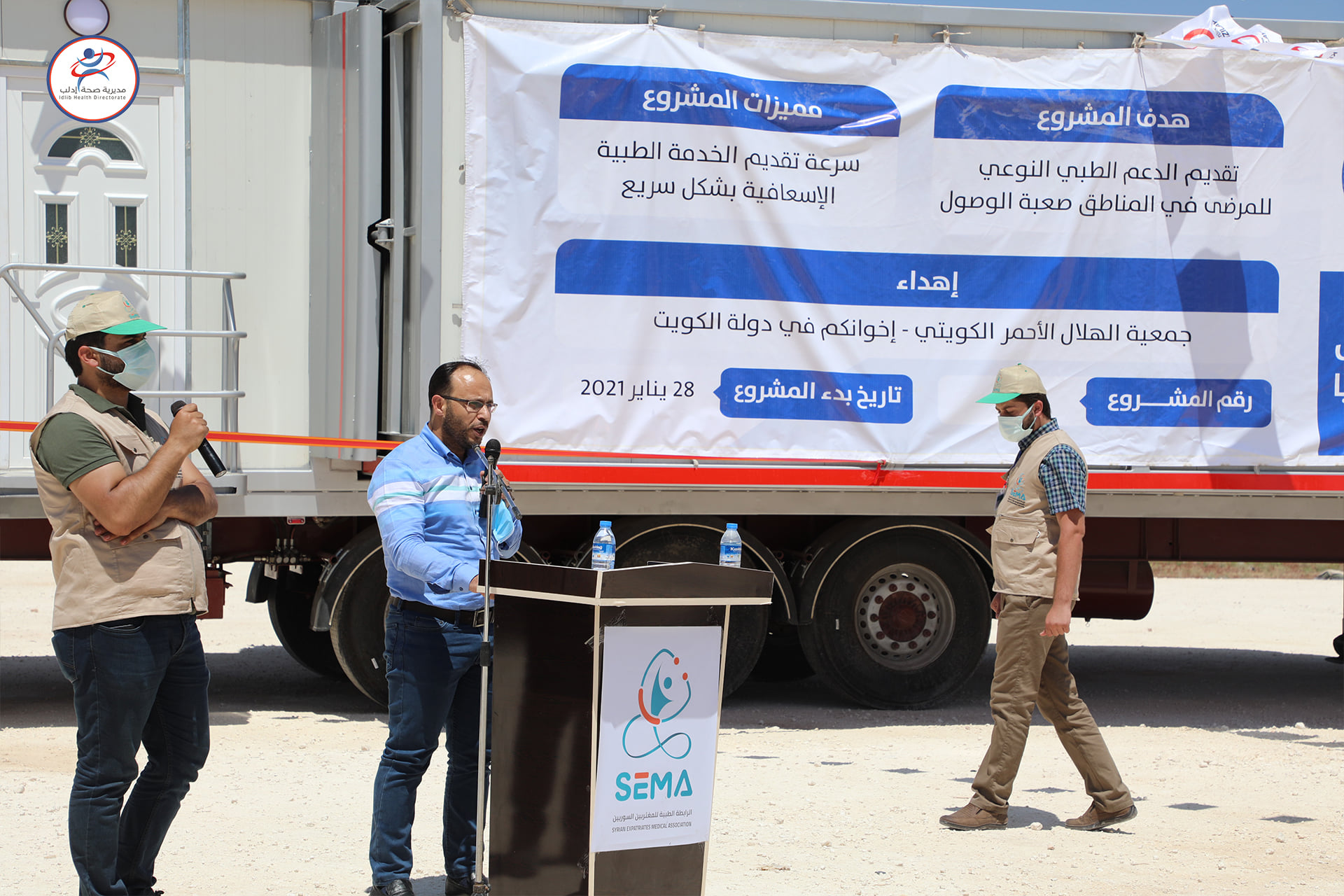 Idlib Health Directorate has opened two movable health centers in the countryside of Idlib and Aleppo, in cooperation with Sima Organization.

Idlib Health stated, in a statement published on its official Facebook page, today, Wednesday, that the two centers will work according to a fast transition mechanism to cover the places of medical gaps, and change the places of physical presence according to the security conditions in the region, which helps reduce the gap between the numbers of beneficiaries and the numbers of those in need.

And added that the center serves a geographical area with a population of more than 250 thousand people, and the number of beneficiaries of its services is expected to exceed 6000 per month.

It pointed out that each center includes dental, gynecological, general medicine, and pediatric clinics, and a leishmaniasis clinic, in addition to a laboratory, pharmacy and first aid room.

The opening of the two centers was attended by the coordinator of the Turkish Red Crescent in Idlib, "Kadir Kemaloglu", "Arjan Akar", director of Afad in the Turkish state of Hatay, and "Ismail Yeket", the official of the Turkish religious endowment.

The directorate confirmed that the International Islamic Charitable Organization and the Kuwait Red Crescent provided support for the two centers.