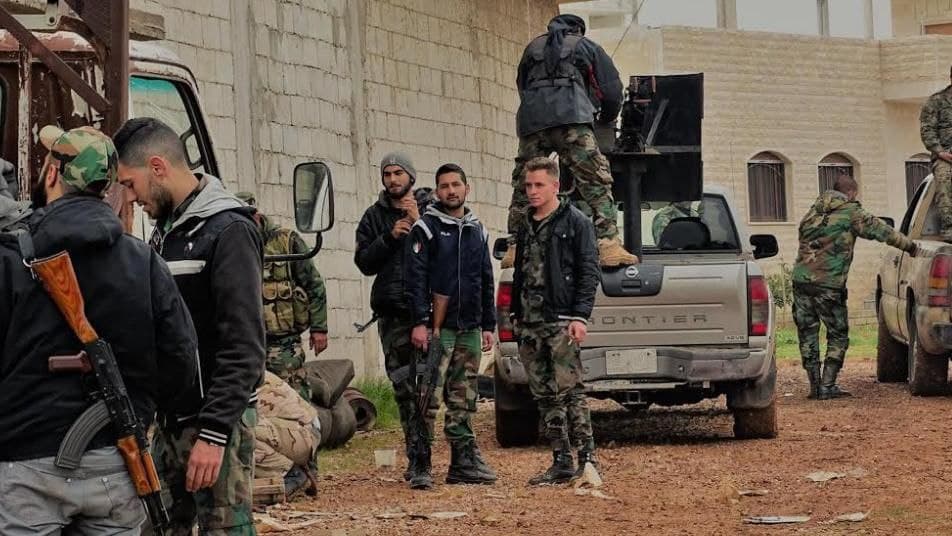 Yesterday, Tuesday morning, the “National Defense” militia found a decapitated body in the Basateen area, east of Palmyra in the Syrian Badia, in the Homs countryside.

According to "Ein Al-Furat" news network, a National Defense militia patrol found the headless body of "Abu Reham Al-Sukhnit", one of the officials of the National Defense Militia, in the western edge of Al-Basateen area, which prompted it to mobilize and start a combing operation in the area in search of evidence.

While the finger was pointed at the Iranian Revolutionary Guards militia of being behind the crime.

The network added that the dead man had a great disagreement with the commanders of the Revolutionary Guards about the financial returns obtained by both parties from deals in the contraband trade.