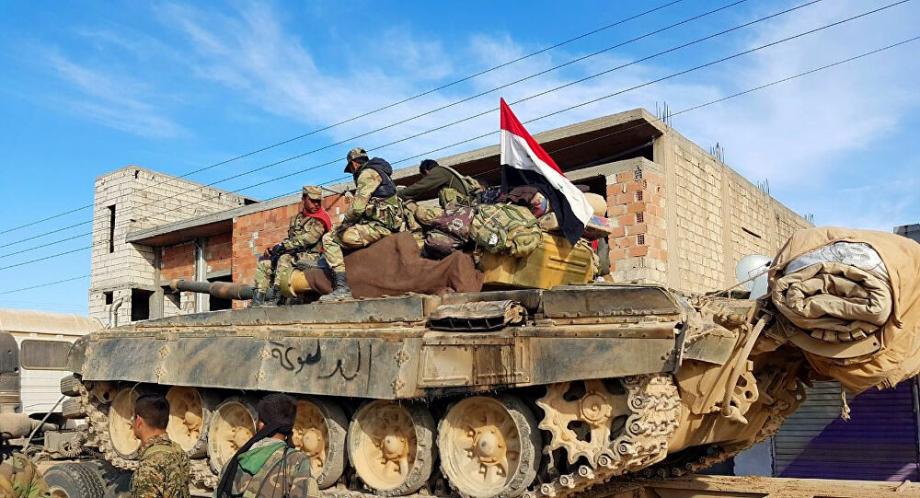 Russian media confirmed that the campaign of the Syrian regime forces and the militias loyal to them failed, with the continued attacks of “ISIS” organization.

According to the Russian “topwar” website, today, the Russian-Syrian air force launched strikes on ISIS positions in eastern Hama, as a result of which the organization’s communications departments and a store of weapons and ammunition were destroyed.

The source said that the advance of the regime forces and allied militias failed in the area, and the “organization” attacked a convoy of the regime forces near the Ithriya area, east of Hama, which led to the destruction of a car, killing a soldier and the injury of four others, stressing that the regime’s attempts to storm Al-Badia are still unsuccessful so far.

The reporter of the Russian "ANNA" agency in Syria, "Oleg Blokhin", published, through his account on "Telegram", pictures of the fighters of "Al-Shaitat" militia, affiliated with the regime forces in the Syrian Badia, which are participating in the battles against ISIS.

The fighters appeared in four-wheel drive vehicles mounted with medium machine guns and 23 mm anti-aircraft guns, which were used during the battles on Syrian territory in the ground battles for their high combing ability.

It is noteworthy that, in recent days, the regime forces have brought in large military reinforcements to the desert, with the escalation of the operations of ISIS cells.