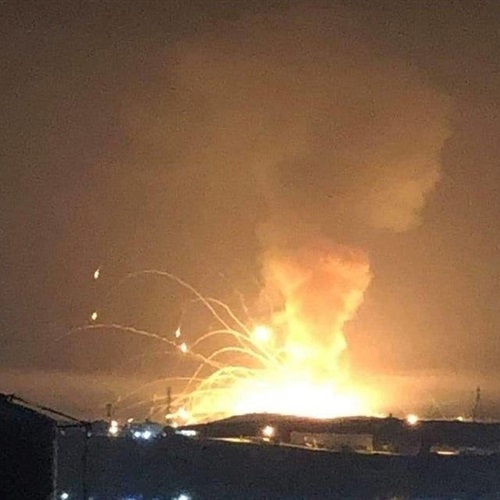 Local news networks confirmed that an explosion occurred inside a position of the regime forces in Al-Rahiba area of the eastern Qalamoun, in the Damascus countryside, which resulted in deaths and injuries in its ranks.

The sources said, according to the opposition Orient Net website, that the explosion occurred inside ammunition depots in the 20th Brigade of the 3rd Division of Al-Assad militia, and it was monitored that many ambulances went to the site without knowing the reasons until now.

While activists and other pages on social media platforms spoke that the site where the explosion occurred is a weapon depot for the Lebanese Hezbollah militia east of Al-Rahiba, and that the explosion was caused by a supply car that was booby-trapped, and as soon as it entered the warehouse, it exploded.