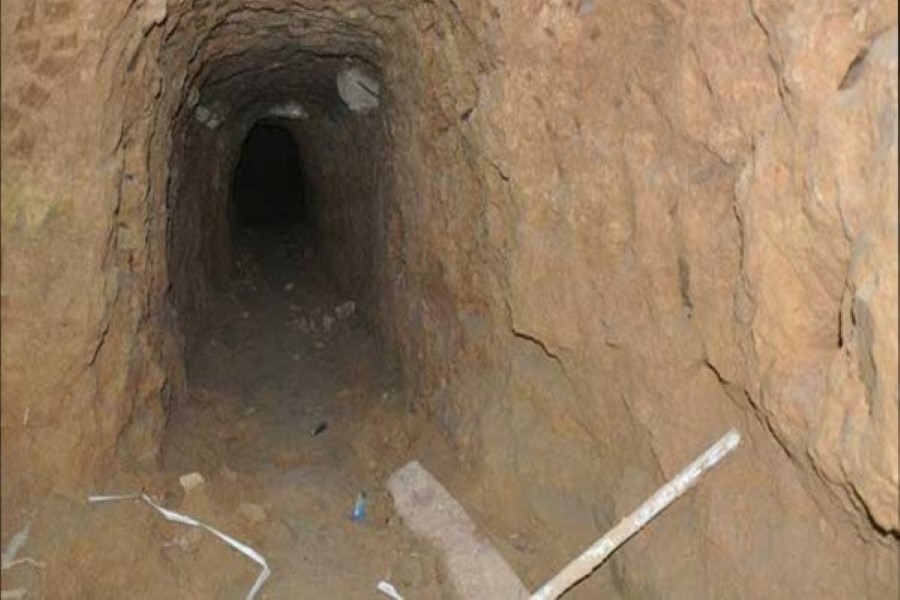 A number of Iranian militiamen were killed yesterday, Saturday, when a tunnel collapsed above them in the countryside of Al-Raqqa.

The Iranian Intervention Follow-up Unit said on its Twitter account that dozens of members of "Hazara" battalion of the Iranian-backed "Zainabiyoun" militia were buried alive after the collapse of a tunnel and weapons depots above them while they were digging it in "Al-Sharkarak" town on the lines of contact with the National Army north of Al-Raqqa.

The same source added that the survivors asked for help from the bulldozers of the Russian forces present in the area to remove the bodies of the dead, but the latter refused.

It is noteworthy that the Iranian militia has resorted to transferring its weapons and ammunition to tunnels and secret warehouses in Deir Ezzor and Al-Raqqa in order to avoid being targeted by Israel, which refuses to establish the Iranian presence in the region.