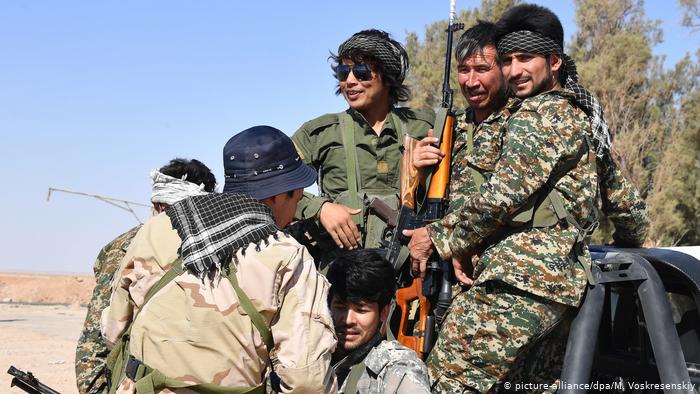 Local sources reported that the Iranian militias have worked in recent days to repair the institutions of the Syrian regime in Balura neighborhood, adjacent to Sheikh Lotfi neighborhood in eastern Aleppo, in order to seize them.

"Ein al-Furat" network quoted an informed source as saying that the buildings that were seized are buildings that the Syrian regime did not complete before the revolution, as Khaled al-Mar'i (Haj Baqer), the commander of the local Iranian-backed al-Baqir militia Brigade, and Hajj Islam, money treasury official at Neirab headquarters, by bringing in a number of engineers affiliated with the Syrian regime to the neighborhood.

The source added that the militias are seeking to renovate 7 buildings, each containing at least 5 floors, for handing them over to the families of the Iranian militia members, Al-Baqir Brigade and the Lebanese Hezbollah.

It is noteworthy that Al-Baqir militia had earlier expelled 8 displaced families from Daraa governorate from one of the buildings they had taken as their place of residence after the Syrian regime destroyed and displaced their homes.