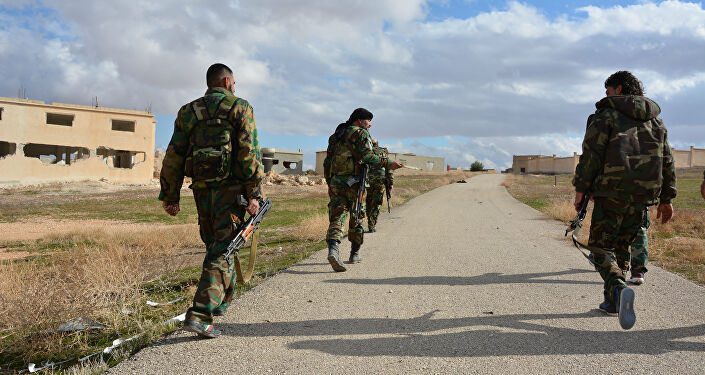 Local sources said that an unidentified armed group launched an attack for robbing the military headquarter of "Suqur al-Sham" faction of the National Liberation Front near the town of "Al-Mastouma" in the southern countryside of Idlib, last night.

The sources added that the commander of a brigade within the "101st Brigade" in Suqur al-Sham faction and responsible for the headquarters, "Abdul Hamid al-Saeed", was killed during the attack, in addition to looting all the headquarters' contents of equipment and weapons.

The sources confirmed that the authorities responsible for the security of the area were not able to know the gang members, while the circumstances of the case are being followed up to reveal them.

It is noteworthy that unidentified groups have many similar operations against the opposition factions scattered in separate areas of northwestern Syria, “Hay’at Tahrir Al-Sham” managed to arrest some of them previously, and some of the perpetrators of these operations have remained unknown until now.