Al-Assad regime arrests a number of its officers, including a brigadier general, north of Al-Raqqa, for unknown reasons 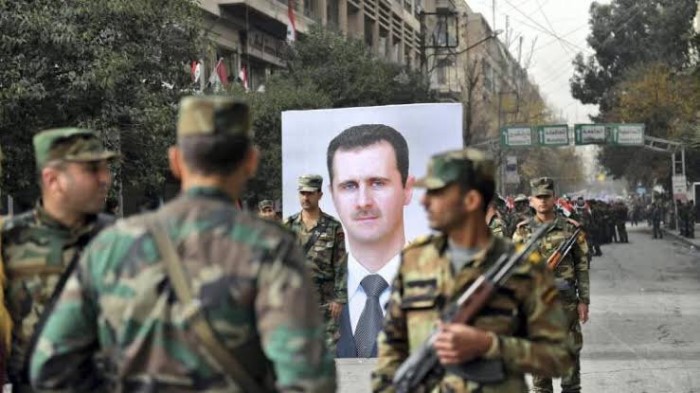 Yesterday, Saturday, local news sources reported that Al-Assad regime arrested a number of its officers of different ranks in Ain Issa town, north of Al-Raqqa, which most of it is under the control of Syrian Democratic Forces militia.

Ain Al-Euphrates website said that Al-Assad regime brought a military convoy from Damascus countryside, accompanied by 250 members, accompanied by fifteen four-wheel drive military vehicles, loaded with weapons and ammunition, to the area, and it also contains mechanisms for the National Security Militia.

The source explained that the national security elements who are within the convoy arrested seven officers from the artillery and reconnaissance battalion, and some of them are responsible for weapons and ammunition depots in Ain Issa area.

The site indicated, according to what was reported by the opposition Al-Durar Al-Shamiya network, that the detainees are Brigadier General Ali Jalal Al-Sayed, Colonel Youssef Suleiman, Major Ahmed Al-Razzaq, three officers with the rank of lieutenant, and an officer with the rank of assistant.