After losing 30 members, the regime forces found bodies of a number of its members east of Homs 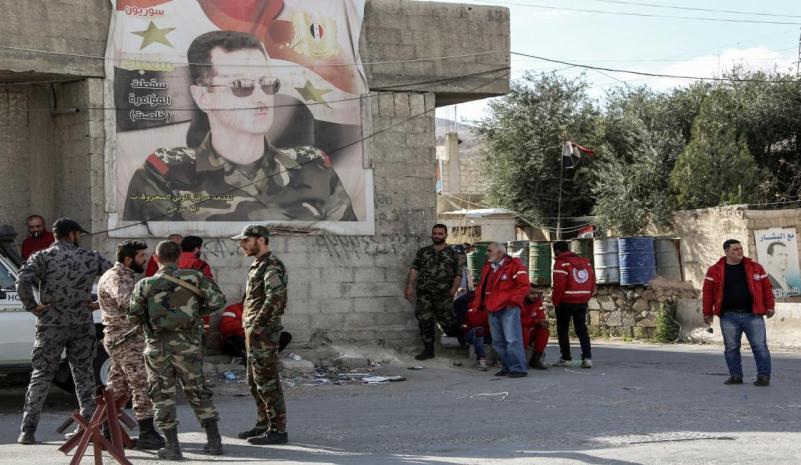 Local news networks confirmed that, on Saturday evening, the bodies of members of Al-Assad regime forces, east of Homs, were found after the loss of a group of "regime" in the Palmyra desert two days ago.

Al-Sharqiya 24 network said that the bodies of 13 members of the regime forces were found near the "Arak" oil field in the eastern countryside of Homs.

This came - according to the network - two days after losing contact with a military group of the regime forces, consisting of 30 members, in the Palmyra desert east of Homs, while other sources indicated that the group belongs to the Iranian militia.

According to the opposition Syria TV, members of "Fatimiyoun Brigade" (Afghan) militia linked to Iran were attacked near Palmyra, killing 5 of them and wounding others.