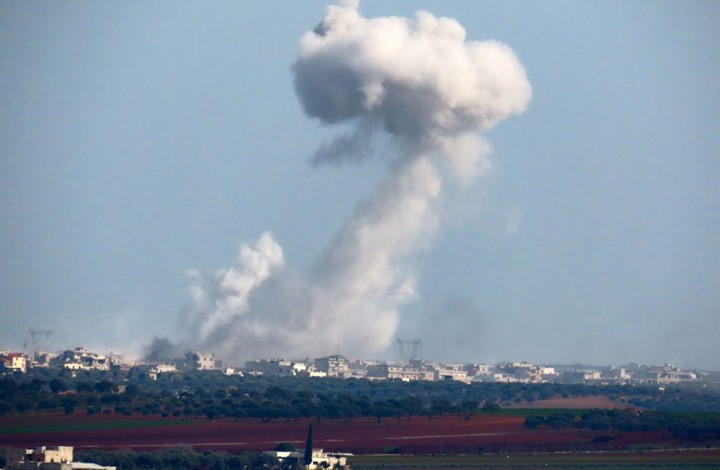 Qasioun News Agency reporter said that Assad's forces bombed with heavy artillery the villages of Benin and Sufuhun in Jabal al-Zawiya in the southern countryside of Idlib, in addition to the villages of Mansoura, Cairo and Khirbet al-Naqoos in the Al-Ghab Plain, northwest of Hama, which led to the outbreak of fires in agricultural crops.

Our reporter added that the bombing of the regime forces and the militia supporting them also targeted the villages of Salur and Shamroran in the northern countryside of Latakia.

Yesterday, Thursday, the regime forces bombed, with heavy artillery, the towns of Kafr Uwayd, Al-Fatirah and Sufuhun in Jabal Al-Zawiya in the southern countryside of Idlib.

He pointed out that the artillery shelling also targeted the village of Al-Sarmaniyah in the Al-Ghab Plain, northwest of Hama.

For its part, the Civil Defense said that its teams reached the place with difficulty due to the repeated shelling and monitoring of Assad's forces, so that they could then control the fire with the least possible losses using manual equipment due to the danger of moving with firefighting vehicles.

It is noteworthy that the areas of northwestern Syria have been subject to continuous violations and bombardment by Assad’s forces, Iranian militias and Russian aircraft, despite the fact that the Moscow agreement has been in force since March 5, 2020, which prompts the opposition factions to respond to these violations.