Iranian militia establishes a new base in Aleppo countryside 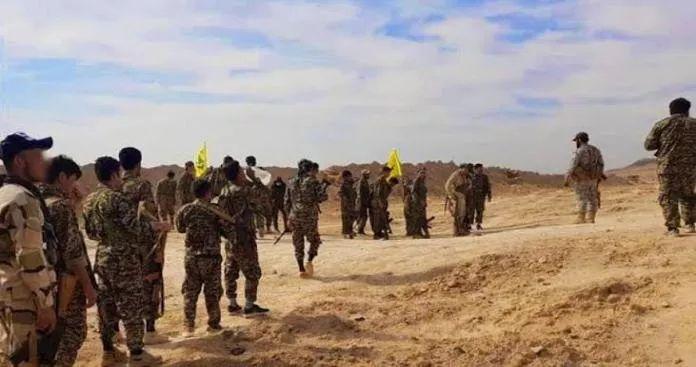 Sources confirmed that Iranian militias have established a new military base north of Hattin village, which is located on the banks of the Euphrates River, northwest of Maskanah, about 8 km northwest of the eastern countryside of Aleppo.

According to the local "Ein al-Euphrates Network", the commander of the Iranian militias in Aleppo and its countryside, "Hajj Jawad al-Ghafari" assigned "Hajj Rashad Khair Mashhadani" with the task of forming a battalion of 400 fighters, whose training is supervised by 25 experienced military personnel from the Iranian militias Region.

The source added that the militia leaders set the condition for the ability to swim and dive in the Euphrates River to join its ranks, and pointed out that the Iranian militias brought 15 shipping containers from the Ramouseh industrial area in Aleppo, and 22 movable caravans from Tartus, to install them on a hill about 200 meters from a bank Euphrates north of the village of Hittin.

The base was provided with logistics and various types of heavy and light weapons coming from its headquarters in Azzan mount, and indicated that jamming devices, internet, communications, generators and surveillance cameras were installed inside and around it.

The Iranian militias deployed 3 observation points inside the new base, each point containing 5 personnel and a four-wheel drive vehicle equipped with an anti-aircraft weapon, after it had finished lifting barriers and earth mounds.