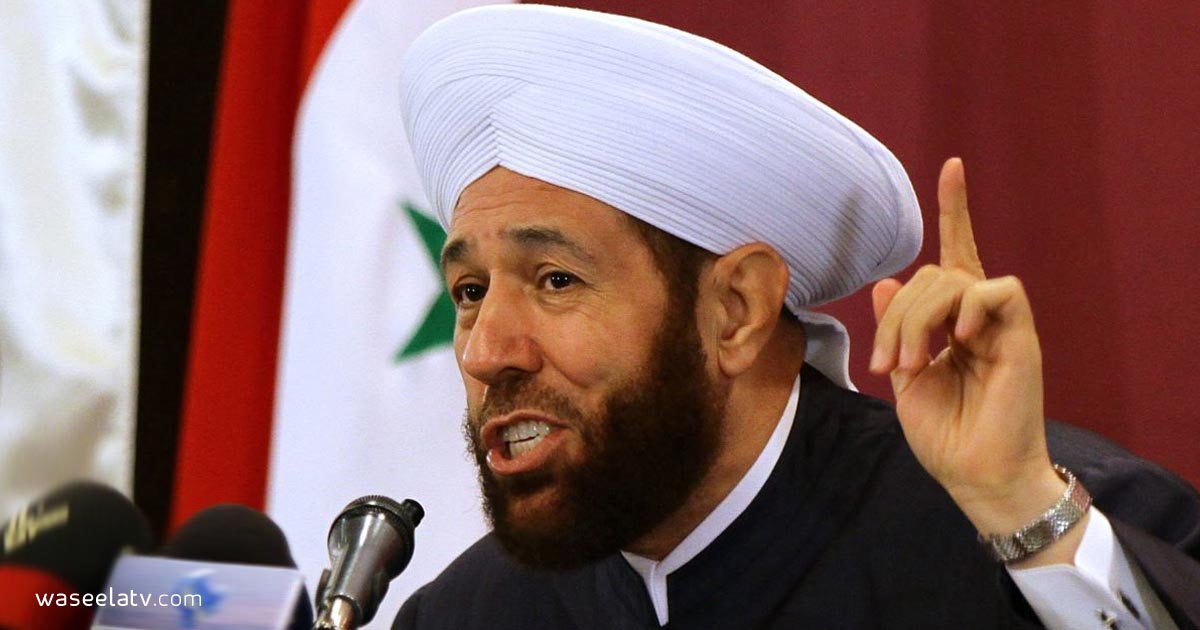 Media sources reported that the Mufti of Al-Assad regime, "Ahmed Hassoun", threatened the residents of Idlib and East Euphrates regions in Syria.

In his first appearance on pro-Mayadin channel, after the election play, "Hassoun" said that what he called the "popular resistance" is coming to those areas to fight what he described as "mercenaries."

Hassoun added that the people of Idlib, which is controlled by the revolutionary factions, stood with the "occupier," referring to the Turkish army that supports the Syrian National Army.

Addressing them, he said, "Sooner or later, you will see us in Idlib," while the eastern Euphrates region, which is under the control of "SDF militia," vowed a confrontation as well.

Hassoun called on the Kurds in that region to return to the bosom of Bashar al-Assad, adding, "Your honor is in Damascus."

He claimed that the Syrian revolution is led by what he called extremists, with the aim of controlling and destroying the country in cooperation with the Zionists. "Today, we are paying the price for the position we refused to give in the issue of settlement with Israel, with Palestine the crown of Syria, Lebanon its lung, and Jordan its back," he added.

It is noteworthy that "Hassoun" is known for his complete bias towards the Assad regime against the Syrian revolution, and is famous for his demand to kill the people in the areas outside the regime's control.

The Grand Mufti of the regime is from the city of Aleppo and was a protean before the revolution. Despite his affiliation with the Sunni sect, he expressed his closeness to the Shiites, claiming that he was deceived by his teachers.