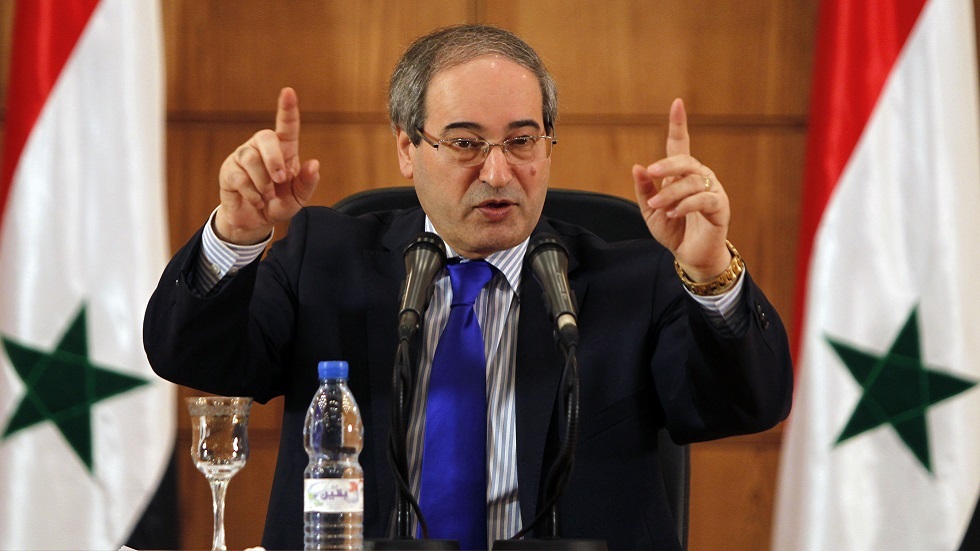 The regime's Foreign Minister, Faisal Miqdad, expressed his astonishment at the failure to restore relations with the Kingdom of Saudi Arabia, considering that this is the normal thing.

This came in statements made by Miqdad to the Russian news agency Sputnik, on Thursday, in which he said that his regime is looking forward to correcting relations with Arab countries, pointing out that Russia has made a great effort in this regard.

The regime's foreign minister added: In fact, Russian friends played a major role in bringing together views, and this role played by Russian Foreign Minister Sergey Lavrov will continue, and we look forward to correcting Arab-Arab relations.

Al-Miqdad continued, according to what Radio Al-Kul reported: "The Arab countries cannot fight all these battles and challenges imposed by the reality in the region and imposed by America and Western countries on the region without the presence of a minimum level of understanding between them."

In response to a question about the possibility of considering the visit of the regime's Minister of Tourism to Saudi Arabia "an indication of a positive change" in relations, al-Assad's foreign minister explained that it was "surprising that there are no relations between Syria and Saudi Arabia," describing the existence of a relationship between the two parties as "a normal thing."