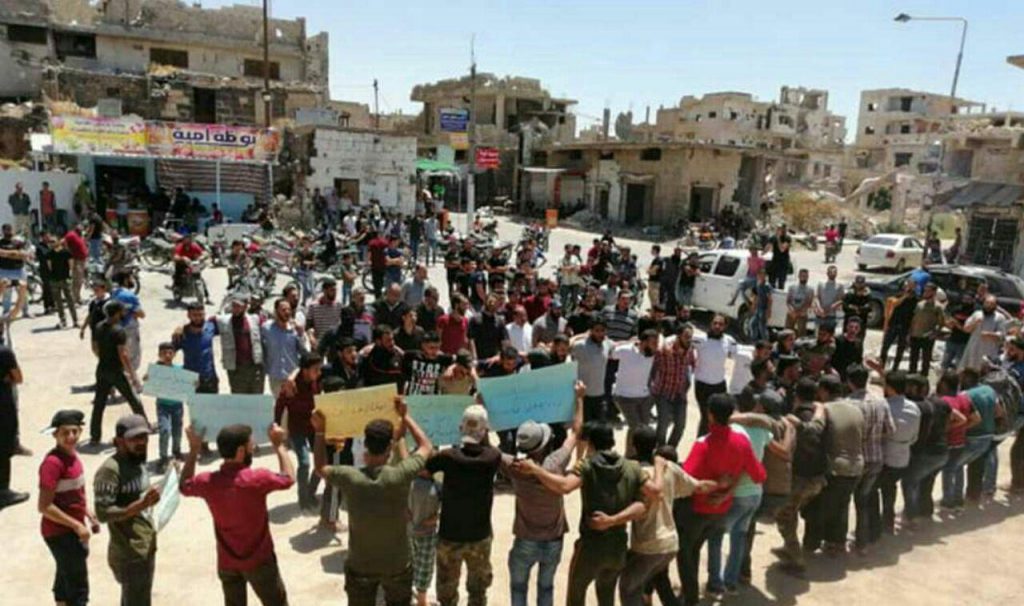 Local sources reported that a number of civilians were wounded by regime forces ’bullets, during a demonstration in the city of Daraa rejecting the presidential elections play, in conjunction with the announcement of the regime’s president’s victory for a new term.

The local "Ahrar Houran Gathering" indicated that demonstrators from "Daraa Al-Balad" entered the center of Daraa city, and the regime forces confronted them with bullets from the "Saraya Checkpoint."

The site indicated that the targeting led to injury four civilians, some of whom were described as "serious", and broadcast a video recording showing the moment of shooting at the demonstrators.

According to the same website, the demonstrators tore up the picture of Bashar al-Assad when they entered Daraa station, in conjunction with the announcement of his "winning" in the "election play."

For several days, Daraa Governorate has been experiencing tension in conjunction with the Assad elections and preparations for them, as the people initially carried out a general strike in several cities and towns, according to Radio Al-Kul website.