Bashar Al-Assad in a speech full of obscenities and insults, describing his opponents as bulls 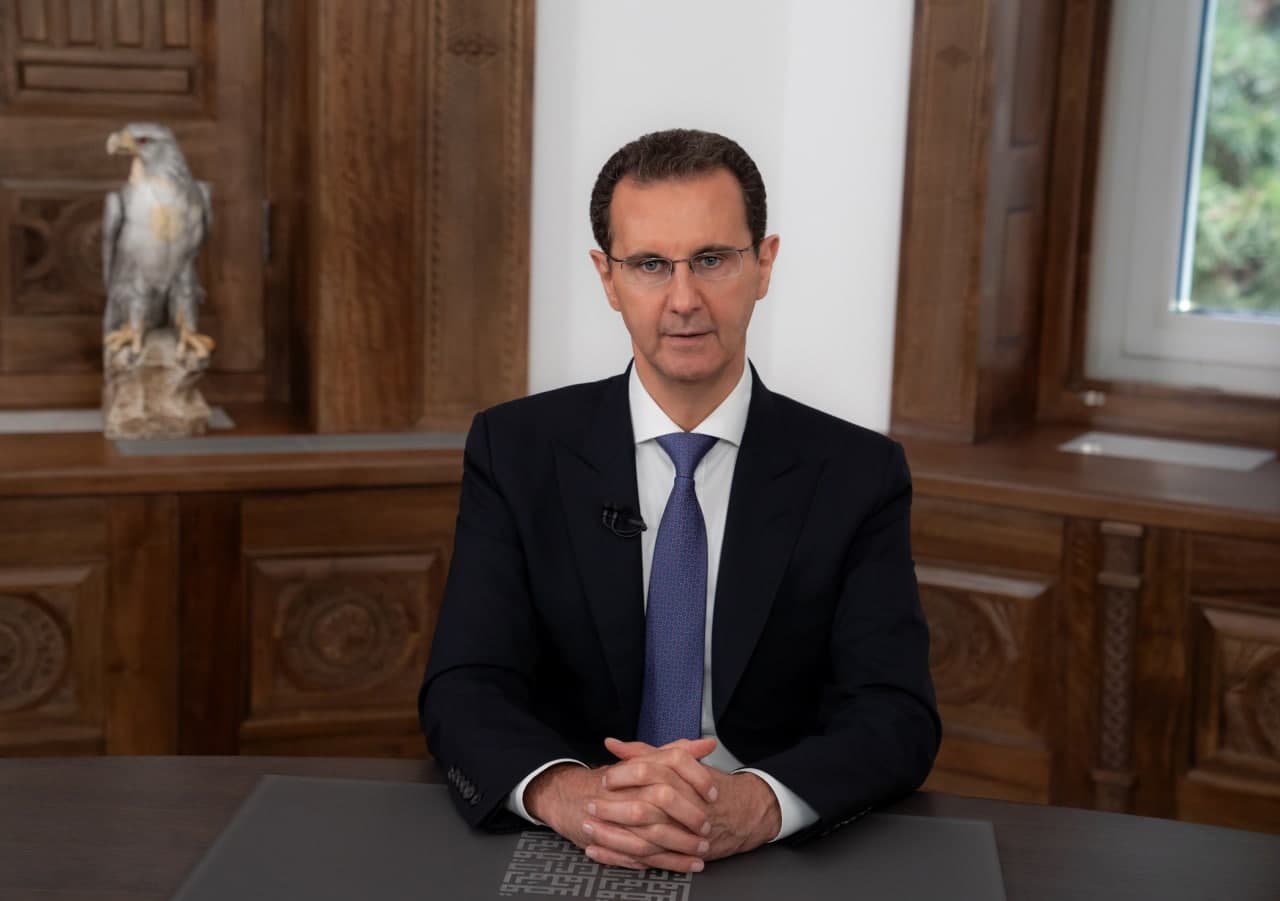 Observers described the speech of the president of the Syrian regime, which he delivered the day after announcing his victory in the Syrian presidential election play, as the most vulgar among all his previous speeches, as it contained a large amount of insults that he ravaged on the opposition and the revolution.

Bashar Al-Assad described his opponents as "bulls" and his supporters as "revolutionaries who redefined patriotism", a day after announcing his victory in a fourth consecutive seven-year term.

Al-Assad's appearance is considered the first of its kind since the launch of his election campaign (Hope by Work), as he did not give any press interview during it, did not participate in any electoral event and did not address any of his supporters.

Al-Assad considered that those who went out to participate in the presidential elections in his areas of control, which took place last Wednesday, provided the true meaning of the revolution after it was polluted by "part of the mercenaries and dishonorable people holding a Syrian passport."

He added: "Although the messages of the Syrians that they sent in every entitlement they fought in the war did not lack rhetoric, wisdom, clarity and deep meanings, their opponents and enemies insisted on avoiding and denying them, because they see with their eyes, but they do not see with their minds."

He stressed that the rules of the game "are set here, manufactured here, and determined here, by our own hands... and there is no place for partners except for brothers and friends."

Since 2011, al-Assad has called his opponents several descriptions, including "germs that multiply everywhere and cannot be eradicated, but it is possible to work to strengthen the immunity in our bodies to repel them", and "rodents and lizards" in reference to the tunnel war waged by the opposition factions against his forces and militias.