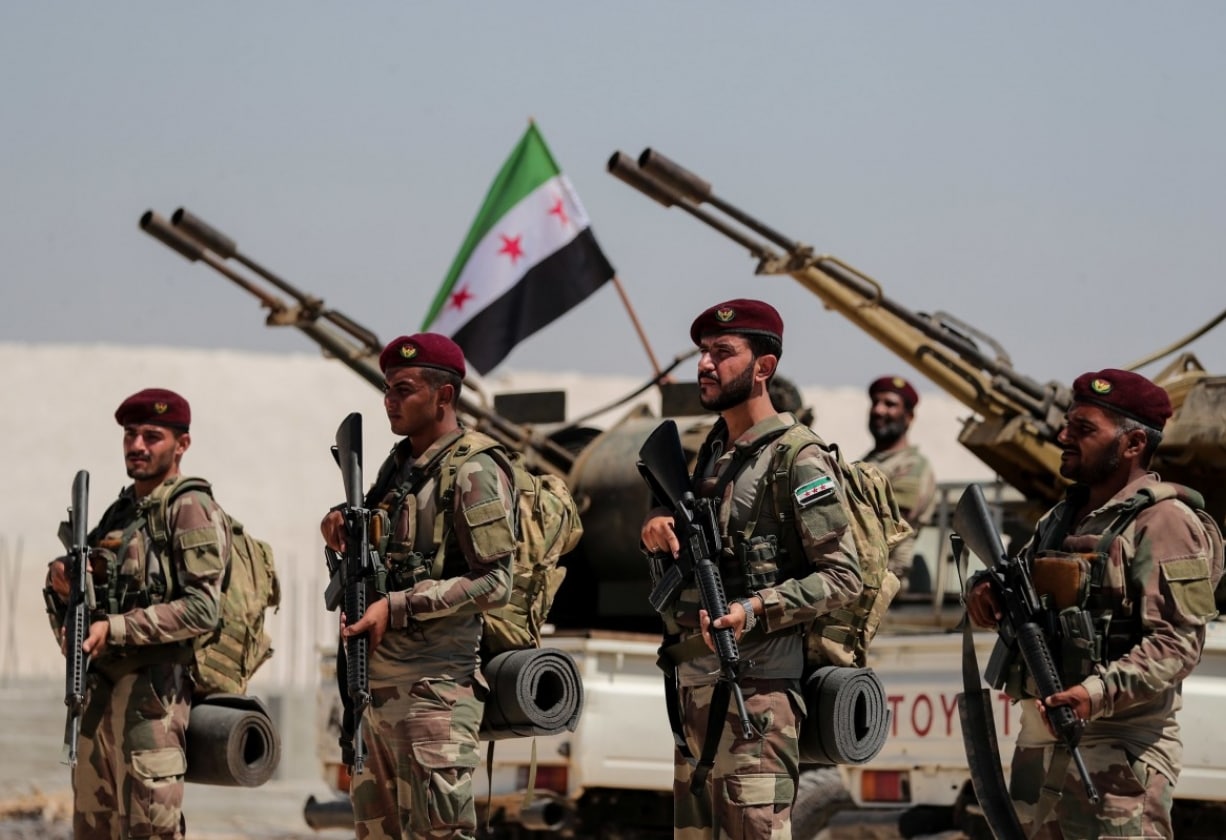 Factions in the ranks of the Syrian National Army announced today, Friday, May 28, that they have merged into a new military formation.

The National Army issued a statement saying: The merger process comes within the framework of “seeking to organize the ranks of the military forces”.

He pointed out that the factions "Sultan Mehmed Al Fateh Division", " Samarkand Brigade" and "Liwa Al-Waqqas" merged under the name of the "13th Division".

At the beginning of April, "Sultan Suleiman Shah Division" faction announced its departure from the administrative subordination of the "First Corps" in the "Syrian National Army".

This step came in a statement by "Sultan Suleiman Division", but without explaining the reasons for leaving the First Legion.