A candidate for the election play in Syria invites al-Assad to a presidential debate. 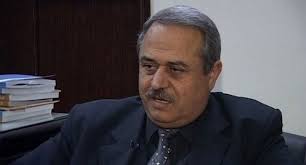 Local sources reported that the candidate for the presidential elections in the areas controlled by the Syrian regime, Mahmoud Mari, invited the other candidates, Abdullah Abdullah and Bashar al-Assad, to hold a presidential debate.

Mari told Russian news agency "Sputnik" that he supports holding debates between the three candidates, and asking questions by the media and journalists to explain each candidate his program and point of view, noting that "till now, there are no arrangements for debates."

He pledged, according to what was reported by the Al-Sharq Syria opposition website, to "allow real and effective participation by the opposition if he wins the elections," to be held in the areas controlled by the Syrian regime on the 26th of this month.

Mari’s electoral program also includes “working to lift the sanctions on Syria, because they were imposed by America unilaterally and affected the Syrian citizen in a way that affected his economic life in a large way.”

According to Mari, who identifies himself as a "Syrian patriotic opponent," he will work for "releasing prisoners of conscience, prisoners, and kidnapped persons, and to honor the families of the dead of the regime, and the return of the displaced Syrians to their country and homeland, Syria, and to secure a decent life for them."