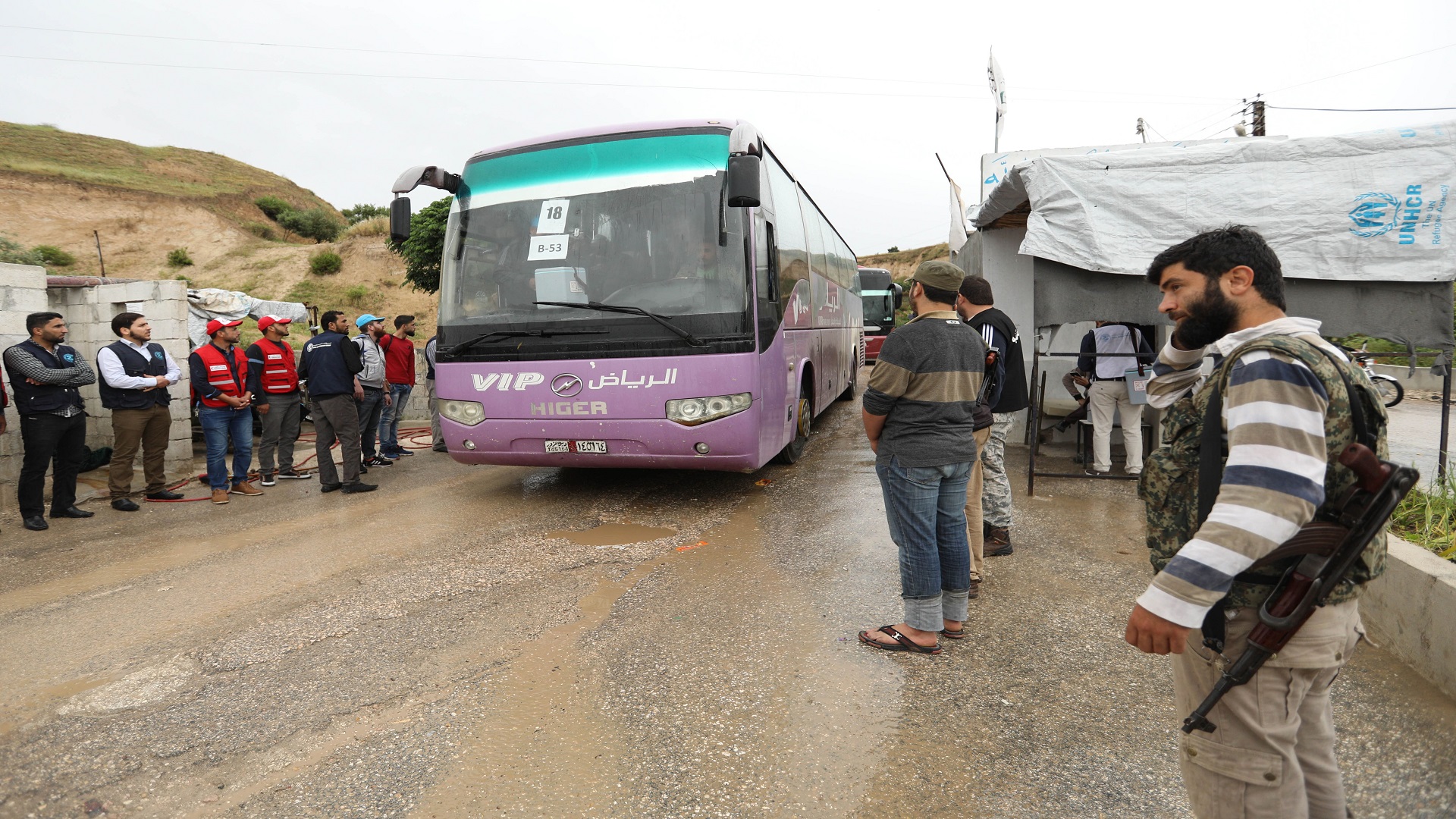 Media sources in Daraa confirmed that a preliminary agreement had been reached between the notables of Al-Quneitra and the Syrian regime forces to displace dozens of wanted regime forces, along with their families, to northern Syria, in exchange for the regime not launching a military campaign against "Umm Batina" town.

"Ahrar Horan" group said that the agreement provides for the displacement of 30 wanted regime forces, along with their families, from "Umm Batna" town in Al-Quneitra countryside, towards northern Syria, by next Thursday.

It added that the persons who the displacement decision including them stipulated releasing two of the town’s detainees from the regime’s prisons in order to accept the deportation, and pointed out that the reconciliation committee had informed them that the regime agreed to their condition.

It is noteworthy that "Umm Batna" town witnessed a state of tension on April 30th, after clashes took place between the townspeople and members of a military checkpoint of the regime forces, while the regime forces threatened to raid the town.