Before it was organized, brokers sought to acquire Al-Yarmouk camp in Damascus 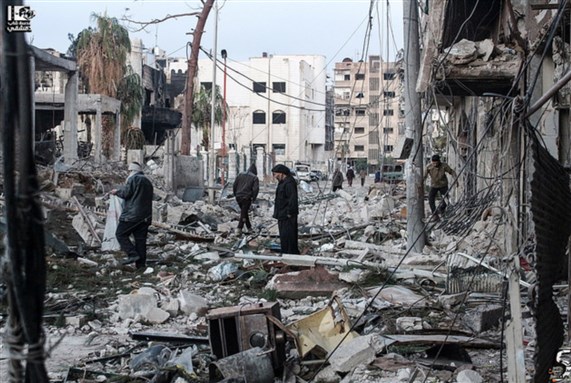 Informed sources confirmed that the regime's government has drawn up a plan to build cities that include luxury buildings to reconstruct Al-Yarmouk camp, south of Damascus, prompting brokers affiliated with the regime to pressure real estate owners inside it to sell their shares of real estate stocks.

Al-Araby Al-Jadeed website quoted sources from the camp residents that the regime’s procrastination in the reconstruction, as well as the return of the people to the camp, made hundreds of families a victim to the greed of merchants and brokers who exploit the need and want of the displaced after despair crept back into their souls, some of them surrendered and sold.

It added that brokers use the opportunity of refugee homeowners moving out of Syria to tamper with papers related to their properties, forge sales contracts, and transfer ownership to others in exchange for sums shared by accomplices in these operations.

A resident of the camp confirmed that he had received four offers to sell his house from lawyers working in Damascus and brokers, explaining that he refused to sell due to his belief that the price of the house in the area will increase dramatically after the organization operations.