SDF announces the end of a security operation inside ISIS prisons 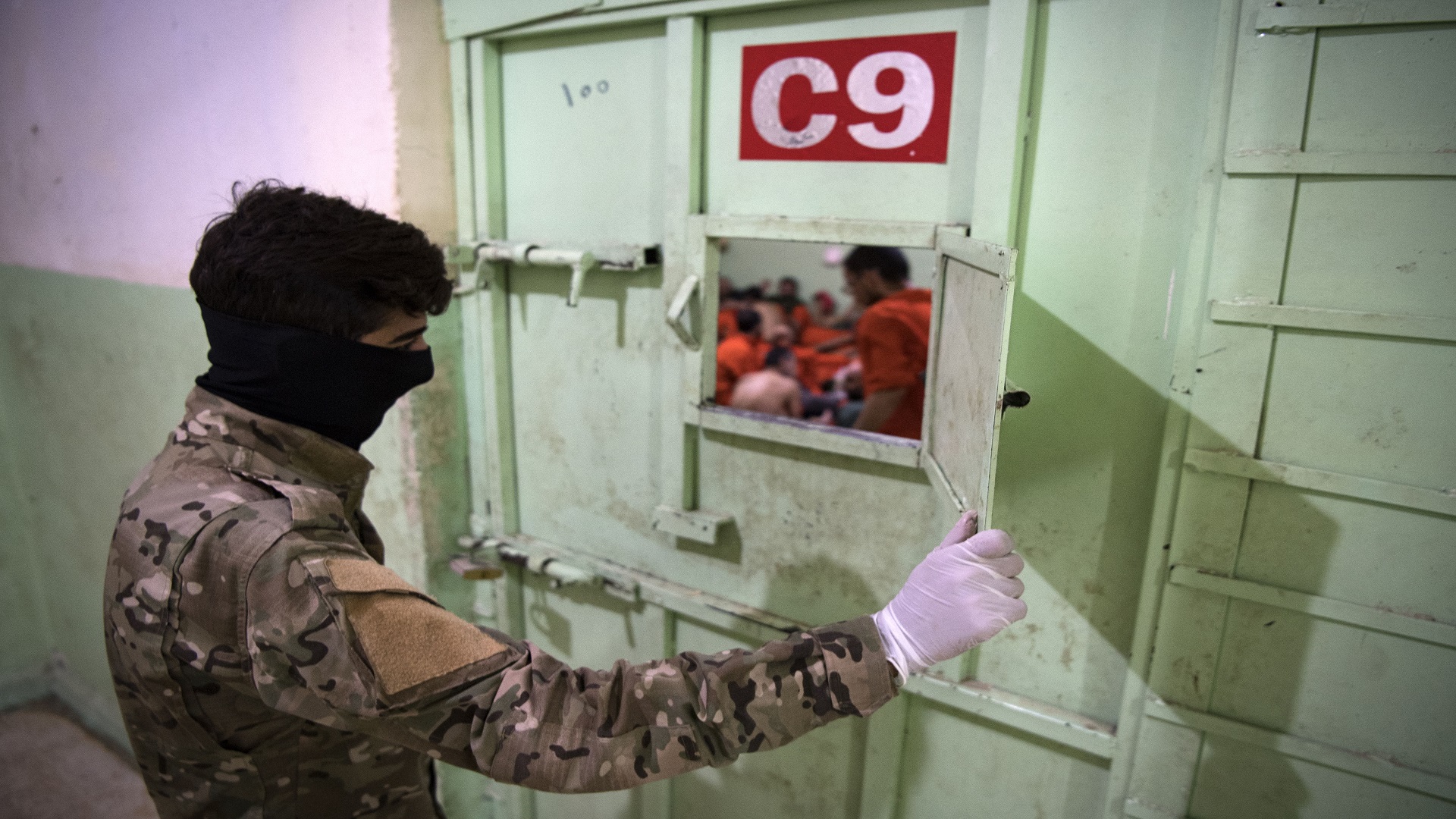 The Syrian Democratic Forces (SDF) announced that it had completed the security and technical reforms and health procedures it had launched in prisons that have ISIS detainees.

"SDF" said in a statement it published that it had uncovered holes in the walls and some sharp tools of the detainees by its operations, and had taken the necessary procedures against them.

It indicated that, within the framework of health procedures to combat the "Corona" virus, medical teams examined the health detainees, detected the diseases they were suffering from and provided the necessary treatments, and carried out a wide sterilization campaign in prison dormitories.

"SDF" added that during its operation, it confiscated a large number of sharp tools (swords and knives) made by prisoners of "ISIS" from the financial resources located in the dormitories.