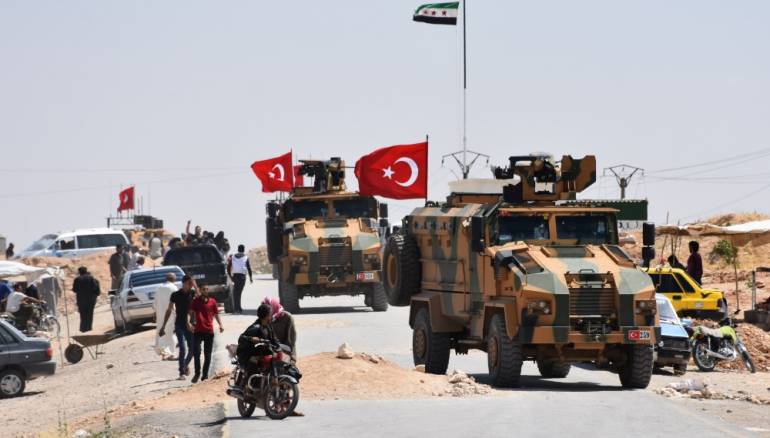 Our reporter added that these reinforcements come after the increase in attacks targeting the Turkish forces deployed in the region.

They also come after the warnings of the Turkish Defense Minister Hulusi Akar during a video-call meeting with the leaders of the Turkish military units on the borders and outside the country against undermining security in the region.

It is mentioned that the Turkish Defense Minister vowed to revenge for the targeting of the Turkish military convoy that was attacked in Idlib Governorate, northwestern Syria two days ago, and a Turkish soldier was killed as a result.

Akar said, "We call on the parties seeking to eliminate security and stability in Idlib, Syria, to enjoy rationality, and we will continue the struggle against them to the end."