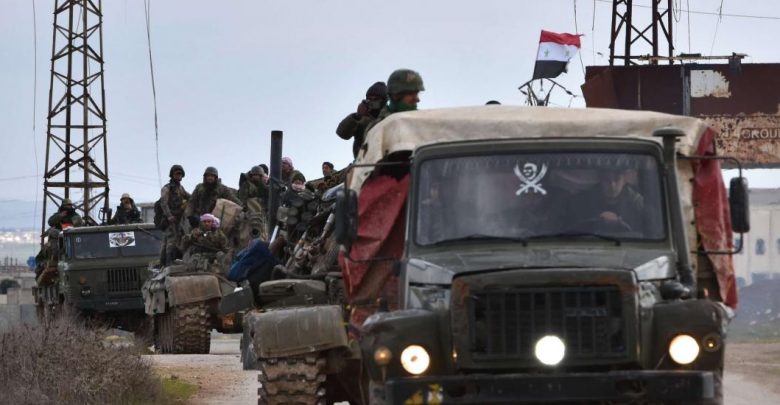 Local sources reported that a number of residents of Umm Batinah town, in the center of Al-Quneitra, have been displaced, for fear of a military operation by the regime forces on their town, after the region’s representatives failed to reach an agreement with the regime forces.

"Enab Baladi" website, quoted local sources, said that the people of Umm Batinah have fled the town, and it is expected that the regime will storm it tomorrow, due to the regime's failure to respond to the central committee in Daraa on the condition of canceling the displacement.

The sources added that the "Military Security" branch in Sa`sa insisted on expelling a number of townspeople under the pretext of the presence of what they described as "terrorists" there, but its plan was to "empty the town of the rebels," which is what it tried to implement in the areas of Tafas, Jasim and Eastern Karak in Daraa countryside.

It is mentioned that the town has tensions because of an armed attack, at the beginning of this month, on a military checkpoint belonging to the Iranian militia in a small village called Doha, near the border fence separating Syria from the territories occupied by Israel.

On the background of the attack on the checkpoint, the town was shelled with artillery shells from Tal al-Shaar near it, prompting the residents to seek refuge in the neighboring towns.