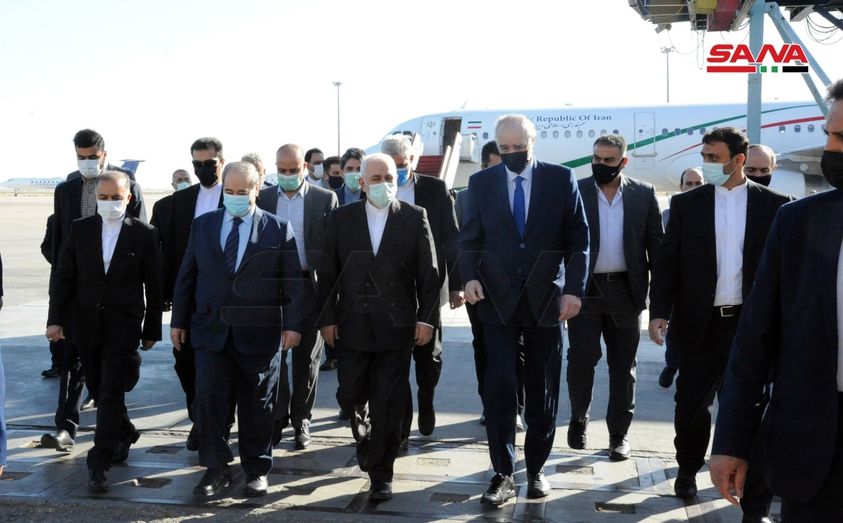 Al-Assad regime's media said that Iranian Foreign Minister Muhammad Jawad Zarif arrived to Damascus this morning, Wednesday, on an urgent mission that had not been previously announced.

The regime's news agency SANA indicated that Zarif "will hold talks with considerable state officials about developments in the region and bilateral relations."

Without details the Iranian "Fares" news agency also said that "Zarif will discuss during the visit the bilateral relations, as well as review the latest developments in the Palestinian territories."

They indicated that Zarif would meet with considerable officials in the government of the Syrian regime, and leaders of the Palestinian factions residing in Syria, to discuss the latest developments.

This visit coincides with the escalating field developments taking place in the Palestinian territories during the last two days and the accompanying escalation and death of dozens of victims by the Israeli bombing of Gaza.