Killing officers and members of Assad's forces in mysterious circumstances 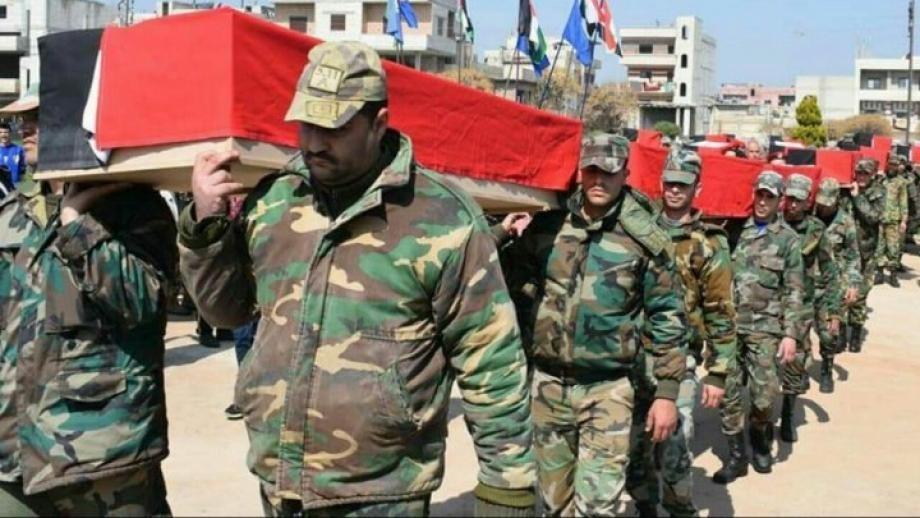 Opposition news websites monitored killing a number of members and officers of the regime forces, in mysterious circumstances, in different areas of Syria.

According to what Sham News Network monitored, Pro-regime pages mourned number of military ranks and members of the regime's militia.

Pro- media sources reported that Major General "Nasser Alaa Salama" was killed with 3 members after an explosive device exploded, "Salama," the leader of the regime’s army, was from the coastal Tartous governorate.

In a related context, Brigadier General "Haitham Abboud Rusuq" was killed in mysterious circumstances, he was from "Beit Ana" village in the countryside of Lattakia governorate in western Syria, while the leader of a militia affiliated with "Maaraj Ural", called "Waddah Saleh Yusuf", was found in Aleppo yesterday, and he was from the countryside of Jableh city, and according to the funeral circulating, he died after an incurable disease.

Captain "Ahmed Hassan Hammad," who was from Jableh - Al-Hawiz village, with "Mohsen Saleh Rajab," was also killed in sickness conditions, according to pro-government pages alongside "Salman Issa Al-Aboud," who said that he drowned in Lake Qattinah and was from the western countryside of Homs.

While the leadership of the so-called militias called "Al-Quds Brigade", number of its members, including "Muhammad Majid Al-Muhanna and Jumah Hilal Al-Muhaisin Muhammad Ismail Al-Nuaimi", who said they were killed on May 9, during an operation in Al-Amour Mountains east of Al-Sukhnah in Homs countryside.