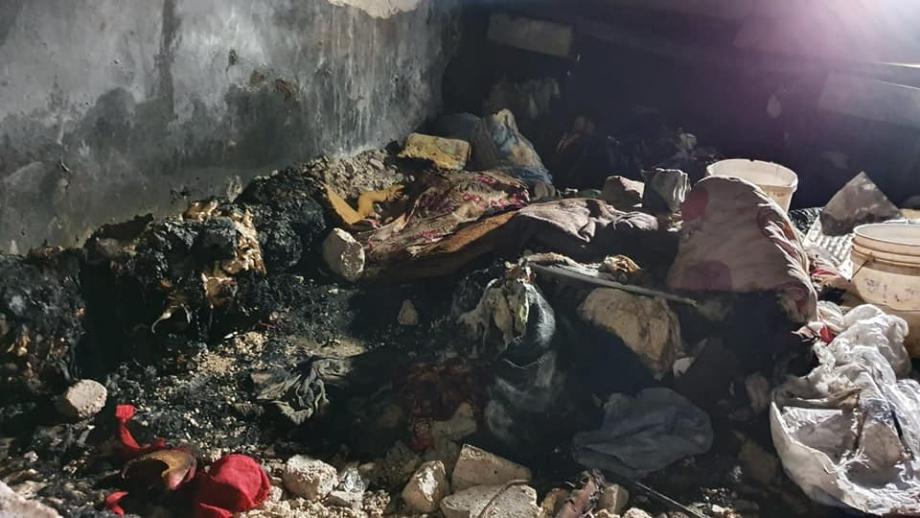 Two women, both pregnant and an 8-year-old child, died as a result of a fire that broke out in one of the tents and moved to the other tents in the camp in a way that made it difficult to control it at the beginning of its outbreak

Qasiyoun Agency reporter in Idlib, quoted sources from inside (Nab'a al-Amal) camp, said that the cause of the fire was the explosion of a gas cylinder inside one of the tents while the women were preparing Eid cakes, which led to death the two women and the girl immediately, while the camp residents managed to save a woman and a baby girl.

Our reporter added that the civil defense teams headed to the site of the accident, but they were unable to extinguish the fire before it spread due to the drop in the tent's nylon roof, which facilitated its spread to other tents to transfer the bodies of the victims to a hospital to be buried later.

It is mentioned that accidents of camp fires are frequent, the last was burning of a tent in (Al-Amal Billah) camp on May 9 in Kafr Bani village, north of Idlib, because of an electrical fault that hit the charging battery, but the damage was material.