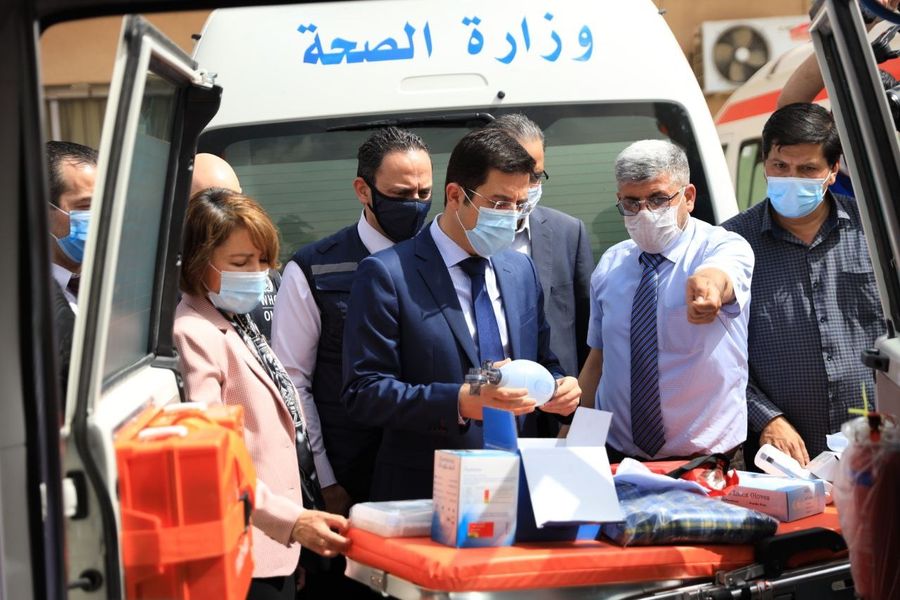 The Ministry of Health of the Syrian regime government confirmed that it received 40 ambulances equipped with advanced emergency equipment according to the European system from World Health Organization.

It added that this comes under the agreement between the two sides to bring cars according to a systematic coordination.

The Minister of Health at the regime, Hassan al-Ghobash, said that a program has been set up to distribute the cars as soon as they arrive at the port of Latakia, through coordination with the health directorates in the governorates, and each governorate according to need and necessity.

He pointed out that 10 of the 40 ambulances operate four-wheel drive and will be distributed to provinces of mountainous nature or areas difficult to reach by regular ambulances.

The head of the World Health Organization mission and its representative in Syria, Dr. Ikjmal Maktomova, referred to provide 51 modern and advanced ambulances during the last period.