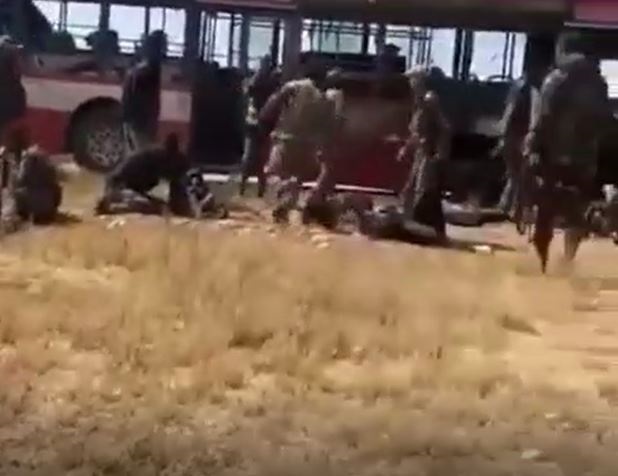 Today, Monday, a whole group of regime forces was exposed to an explosion in the eastern countryside of Homs, led to a number of deaths and injuries.

"Aram" network stated that six members of the militia were killed in the explosion of a landmine in Al-Sukhnah area in Homs countryside, while about 20 others were injured.

The eastern countryside of Homs is witnessing frequent explosions resulting from landmines planted by "ISIS" to protect itself from any ground military attacks.

Al-Assad militia, with the support of its Russian ally, is fighting continuous battles with "ISIS" organization in the Syrian Badia region, where it suffers deaths and injuries continuously.

It is mentioned that last April, ISIS announced killing two Russian militia soldiers after an attempt to carry out an airdrop operation in Palmyra desert.