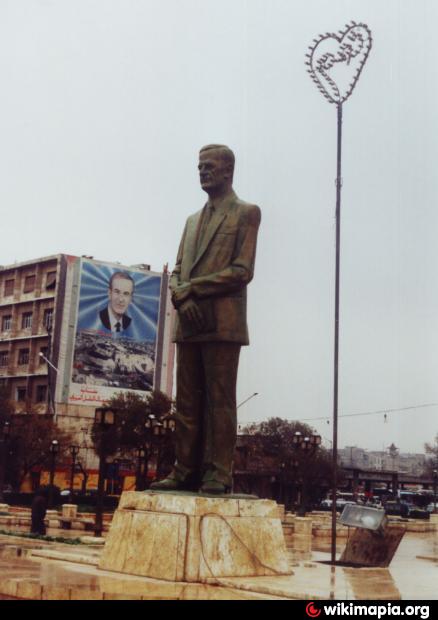 Unidentified persons detonated a statue of the former president of the regime, "Hafez Al-Assad", with an explosive device in a park in Aleppo city, which is under the control of the regime in northern Syria.

The video shows the moment the statue was detonated with the explosive device, with the music of the popular children's series "Pink Panther", which made the recording widely spread on social media.

Immediately after the bombing, media loyal to the regime went to the site and filmed the security alert and the movement of people from the area, while those reporters avoided their cameras photographing the statue or its area.

The Actors intended to blow up the statue about an hour after Iftar, where there were no civilians inside the park, and ambulances and firefighting vehicles rushed to the scene of the accident.

The statue is located in the most sensitive areas in the city of Aleppo. The statue is adjacent to the Municipal Palace, the Prince's Hotel, Saadallah Al-Jabri Square and the Officers Club, and a little further of Al-Baath Party headquarters in Aleppo city.

It is reported that a group calling itself "Aleppo Firm for Special Missions" announced its responsibility, several days ago, of operations inside Aleppo city, and the last of them was targeting a military vehicle belonging to "Al-Quds" Brigade Palestinian militia.