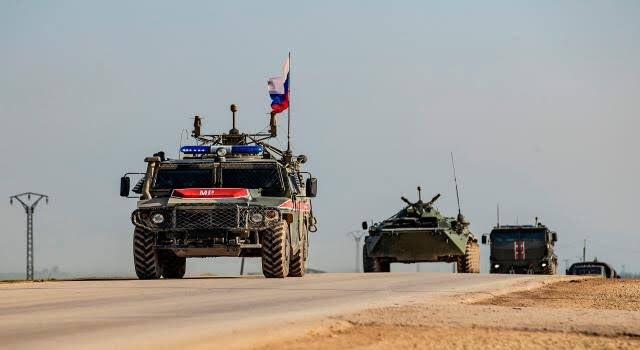 Local sources reported that about 14 military vehicles and a truck containing logistical equipment and ammunition, in addition to 35 Russian police, arrived at Tal al-Samen base coming from Hmeimim Airport, via M4 road, passing through the city of Manbij.

The sources added that 3 Russian helicopters escorted the military convoy, amid an alert by the "Syrian Democratic Forces" (SDF) checkpoints north of Raqqa.

According to the opposition Syria TV, the "sources" stated that Russia is seeking, through its reinforcements, to "support its presence in the villages of Al-Hisha, Al-Taraziah and Al-Kantari, north of Al-Raqqa," which overlooks M4 road.