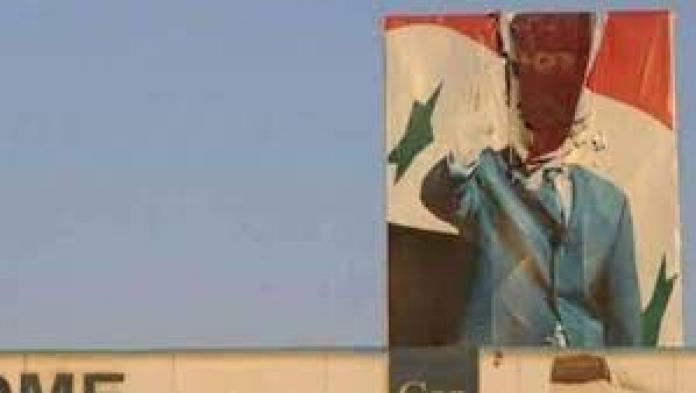 Local sources said that yesterday, Sunday, unknown people tore pictures of the President of the Syrian regime, Bashar al-Assad, that were hanging in As-Sayyida Zainab in Damascus countryside.

The "Voice of the Capital" website indicated that unknown persons had torn pictures of al-Assad that were hung by the shops owners at the entrance of Aqraba town, and on the road to Sayyida Zainab - Babila.

According to Al-Durar Al-Shamiya, the opposition, added that unknown persons took advantage of the power outage in the area and tore up this hanging images to promote Al-Assad's election campaign.

The site indicated that the security division in As-Sayyida Zainab had mobilized its members and removed the torn photos.