Seven people were injured in a grenade explosion in Aleppo, including a serious condition 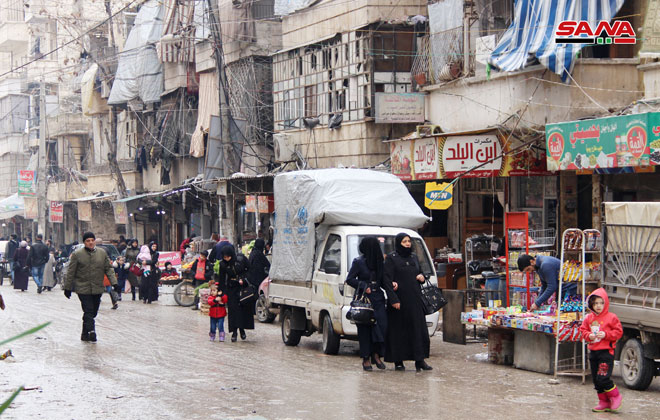 Pro-regime sources reported that 7 people were injured in varying degrees due to a grenade explosion in Salah al-Din neighborhood in Aleppo city after midnight on Monday.

The pro-Khabar TV quoted local sources in Aleppo as saying, "The explosion took place near Al-Sabsabi store in the crowded neighborhood market, during a fight between a group of youths.

The sources indicated that one of the brawlers threw a grenade in his possession, which led to several injuries between them and some pedestrians.

In turn, a medical source confirmed that "7 people arrived at the hospital with various injuries as a result of the accident in Salah al-Din."

The source indicated that the health condition of the injured is stable, except for one whose condition is still in danger.