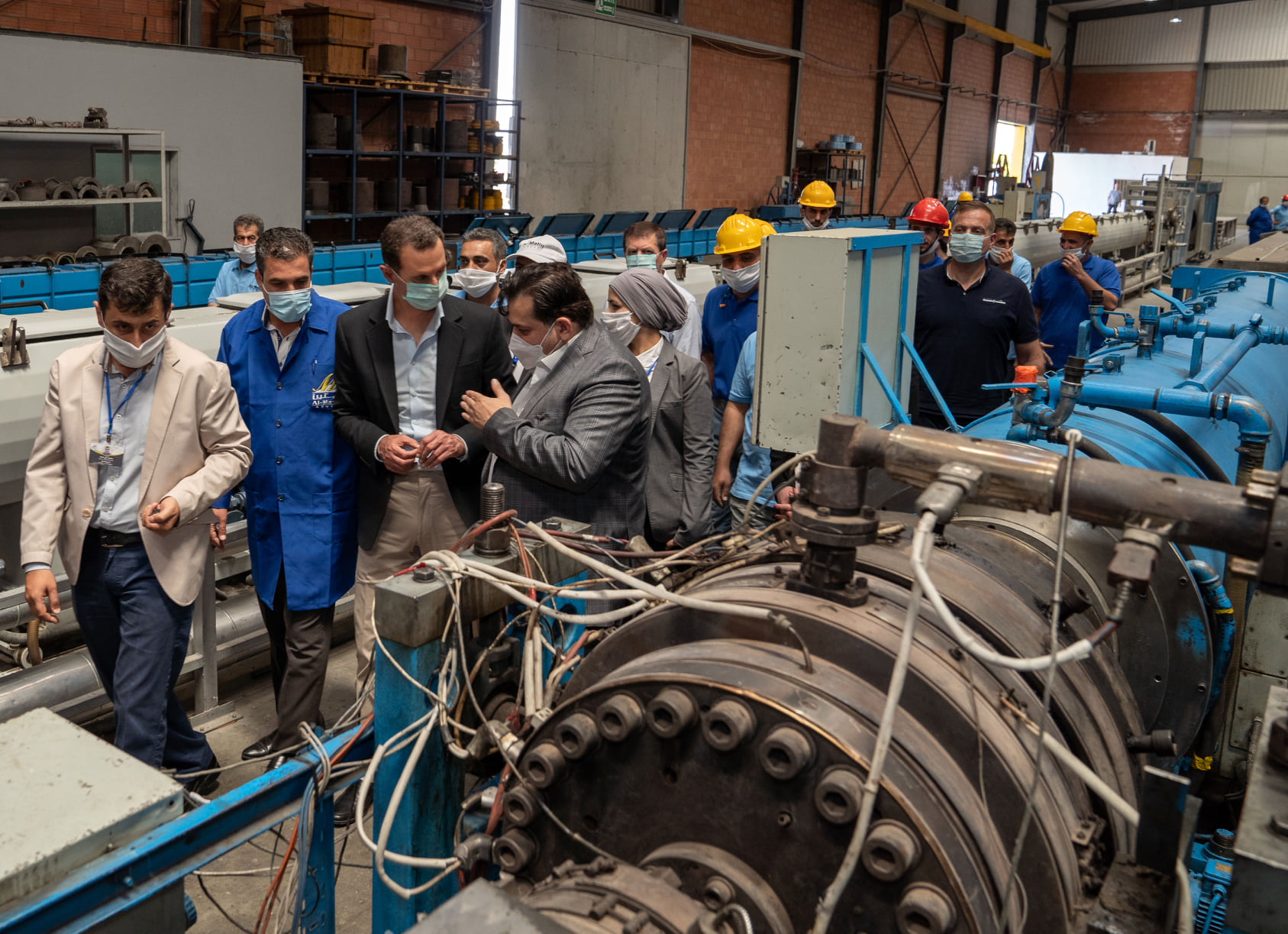 The president of the Syrian regime, Bashar Al-Assad, visited a number of facilities and factories in the Hassia Industrial City in Homs and met with workers, technicians and factory owners, asking them to increase production in order to support the country's economy, which is on the verge of collapse.

Bashar al-Assad told the industrialists that a country that does not produce is not an independent country, and that work in conditions of war also becomes a defense of the homeland, ignoring the destruction of thousands of factories and places of industrial crafts inside and outside cities by his forces.