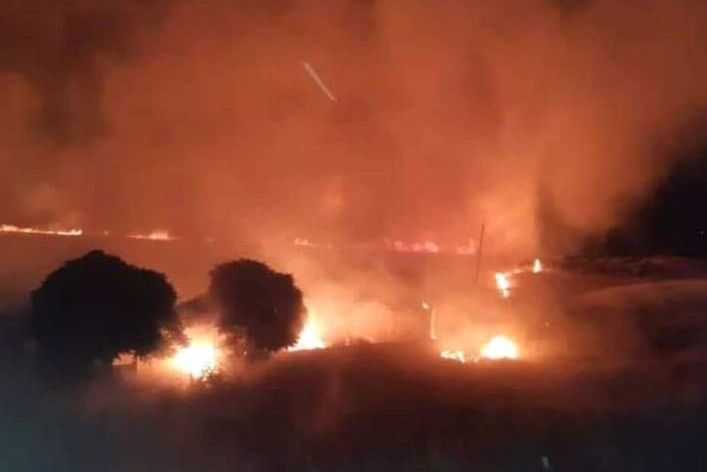 A huge fire broke out yesterday evening, Saturday, in the fields of Harasta city overlooking the International Highway, in an accident that is the fifth of its kind since the beginning of last year.

The "Voice of the Capital" website stated that the fire broke out at about seven o'clock yesterday evening, in the area behind the old car dealerships, and adjacent to the building of "Dhu al-Himma Shalish."

The site indicated that the fire lasted more than two hours, until the arrival of fire trucks and water tanks belonging to Harasta City Council to put out the fire.

The source quoted the residents of the area, that a number of Republican Guard members stationed at the military checkpoint near “Dhu al-Himma Shalish” building were seen setting fire to one of the orchards behind the “Shamout Car Agency”, before the fire spread and devoured large parts of Harasta’s orchards.

It is mentioned that the recurrence of fires in those areas over a period of two years and inexplicably, made the people accuse repeatedly the regime of fabricating them, to empty the agricultural area, and forcing them to sell for the benefit of investors or earn it by the regime, to complete the project of organizing the Damascus entrance, which includes agricultural lands in Harasta and Douma on both sides of the international road, and parts of Al-Qaboun neighborhood and its industrial zone, down to buses station.