For their refusal to talk about the elections, the regime's intelligence arrested 8 orators in mosques in Deir Ezzor 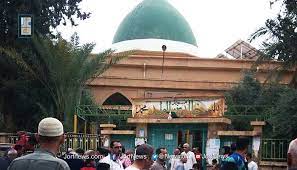 The Syrian regime forces have arrested a number of imams and orators in the mosques of Deir Ezzor and its countryside, due to their refusal to talk about the presidential elections in the middle of this year.

The "Nida Post" website stated that the members of the "Military Security" branch in the cities of Deir Ezzor and Al-Mayadeen in the eastern countryside of the governorate arrested eight imams from their homes under the pretext of not implementing the instructions received, which required them to encourage worshipers to participate in the upcoming presidential elections.

The site added that Endowments Directorate of the city had sent a generalization to orators requiring that a short period should be customized after the Friday and Tarawih prayers to talk about the elections, and the necessity of participating in them from the religious and national point of view.