Renewed clashes between SDF and the regime in Qamishli fails a permanent truce, with a Russian guarantee 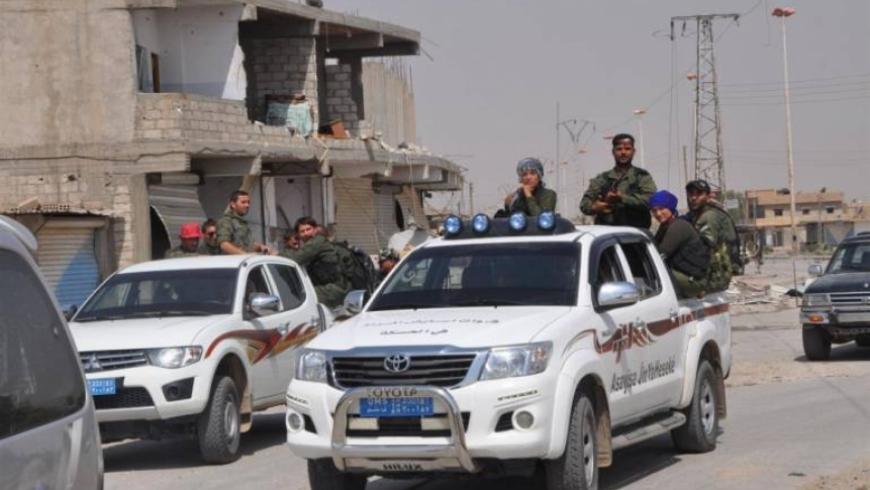 Local sources reported renewed clashes in the city of Qamishli, between the "Asayish" militia of the "Syrian Democratic Forces / SDF" and the "National Defense" militia of the regime, a few hours after the announcement of a "permanent truce" between the two parties, mediated by Russia.

The Syria TV website quoted a private source as saying that clashes broke out yesterday evening, Sunday, in "Halko" neighborhood in Qamishli, resulting injury of two Asayish personnel shot by the National Defense Forces, who took advantage of the calm of the truce announced a few hours ago under the auspices of the Russians.

The source added, "The Asayish found, during its search of Tay neighborhood, two bodies belonging to (Ayoub Al-Yasari), the imam of the neighborhood mosque, and to his daughter (Ghalia Al-Yasari), and a civilian (Samer al-Alou) was killed by NDF bullets during the renewed clashes.

A civilian was injured while entering his home in Tay neighborhood, when a mine planted inside the house exploded, and he was immediately transported to Khabat Hospital in Qamishli, according to the source.